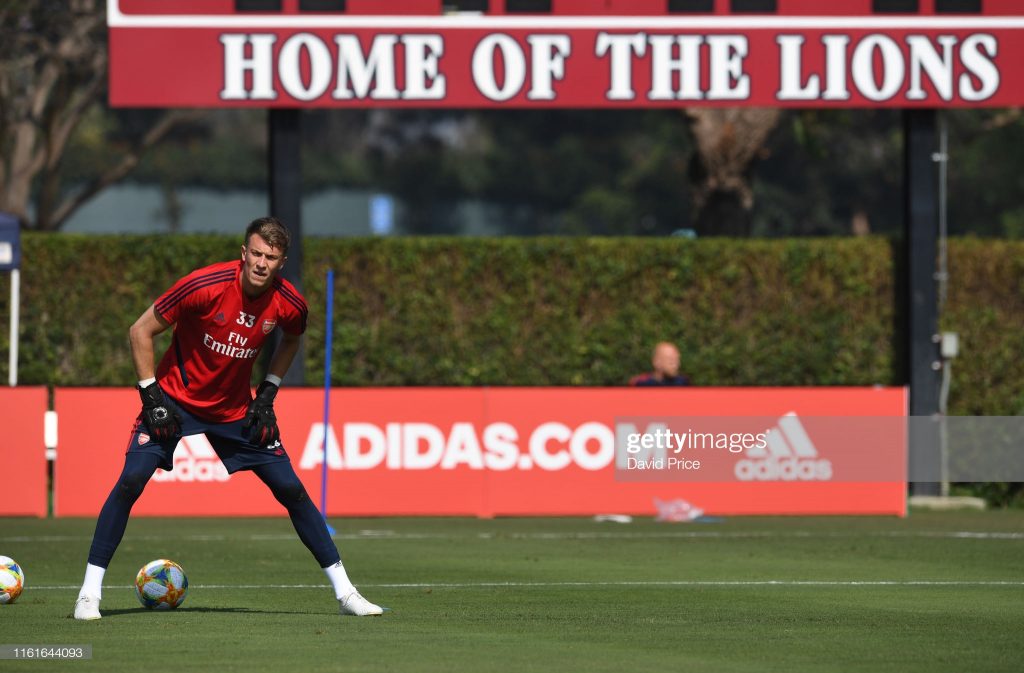 Arsenal goalkeeper Matt Macey has joined Hibernian FC, holding a medical with the club this week, according to reports.

Sami Mokbel of the Daily Mail reports that Arsenal goalkeeper Matt Macey is set to join Hibernian FC. He’ll have his medical this week before finalising the move to Scotland.

Even though Macey is in the final six months of his Arsenal contract, various outlets suggest the transfer will be a six-month loan move. After that, the 26-year-old will become a free agent. However, The Athletic are calling it a permanent move.

Macey confirmed last summer that he was hoping to leave the club, even if it meant a loan to the end of his Arsenal deal. He just wants to get playing again, an opportunity he’s unlikely to get in North London.

It doesn’t make much difference to Arsenal, as they’re unlikely to bring in a major fee for the goalkeeper whether it’s a loan deal or a permanent transfer.

Unless Arsenal make a move to sign a replacement in the winter window, this would mean the chance to step up for youth goalkeepers like Karl Hein and Arthur Okonkwo.

Hein has already made a few appearances on the bench for the first team this season, whilst Okonkwo is in training with Mikel Arteta’s senior side at the moment. Either of them could make themselves the new third choice in Macey’s absence.

Alternatively, Dejan Iliev might return and take up the role. The 25-year-old spent the first half of the season with Shrewsbury Town, but they barely played him and his loan ends this month. However, it seems fairly likely he goes out on another.