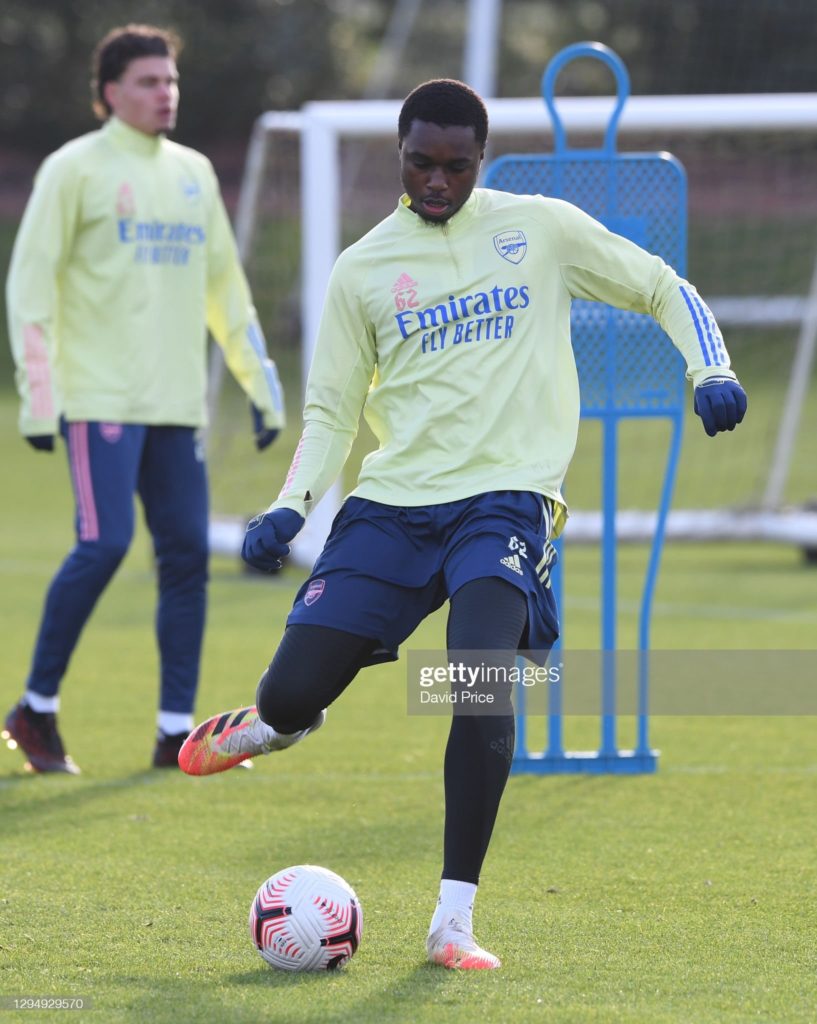 Hertha BSC defender Omar Rekik has now officially signed for Arsenal, after joining training with the Arsenal u23s on Wednesday.

Arsenal posted an update on Thursday to confirm that centre-back Omar Rekik has signed a professional contract with the club, initially joining the u23s. They call him a “ball playing centre half who can play on both sides”. He’ll wear the number 63.

On Wednesday, Arsenal fans spotted Rekik in the background of an u23 training photo, but they had to wait another day for confirmation.

Speaking in his press conference on Thursday, Mikel Arteta had praise for the young defender, but wouldn’t announce the transfer himself at the time.

“We will announce it when we possibly can,” Arteta said. “He’s a young talent we’ve been following for a while that we believe has a bright future. I don’t know (when we can confirm it), very soon.”

The Daily Mail report that it’s a £900k transfer, with Per Mertesacker playing a key role in the deal. Football.London wrote that they were just putting the finishing touches on his transfer on Thursday morning.

Rekik has reportedly been assured he will get to train regularly with the first team, but he’ll initially play with the u23s.

The likes of Pablo Mari, Calum Chambers, William Saliba, and Sokratis Papastathopoulos have all been using up spaces in the u23s recently, but with Mari and Chambers fit again, Saliba on loan, and Sokratis close to an exit, Rekik should get chances.

For the most part, the 19-year-old defender has been playing with Hertha’s second team this season. He made eight appearances, scoring one and assisting one despite starting at centre-back.