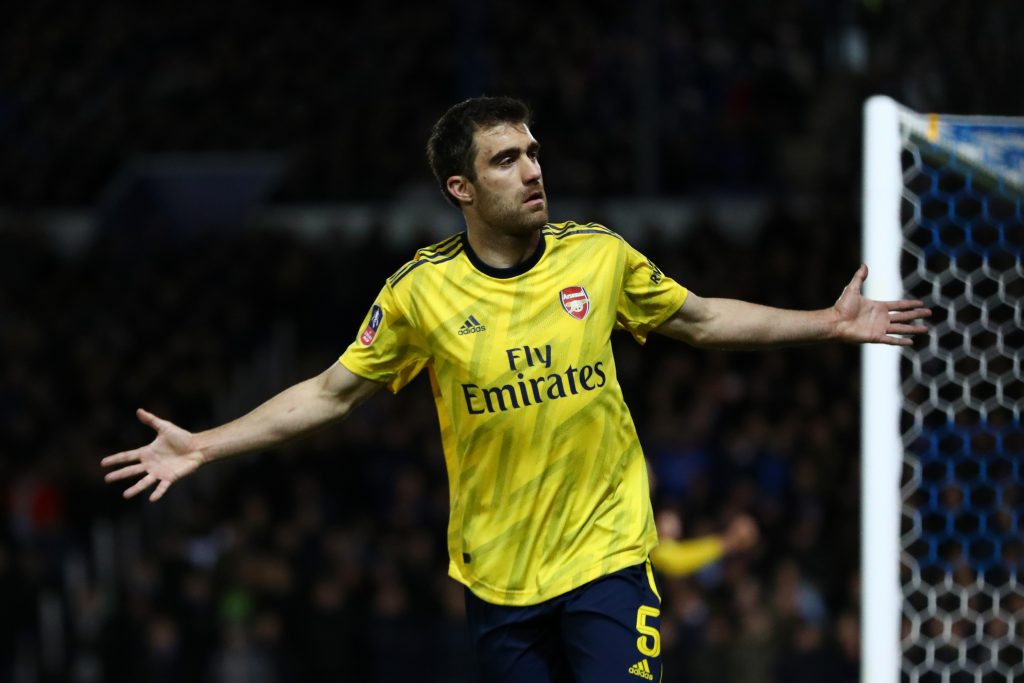 Sokratis Papastathopoulos of Arsenal celebrates after scoring his team’s first goal during the FA Cup Fifth Round match between Portsmouth FC and Arsenal FC at Fratton Park on March 02, 2020 in Portsmouth, England.

Sokratis Papastathopoulos is in talks with Genoa over a January transfer, though he is still yet to make a final decision on his next club.

Italian outlet TuttoMercatoWeb initially broke the news on Tuesday that Genoa were working on the return of their former player Sokratis Papastathopoulos.

TMW don’t exactly have the best record for transfer stories, but for once, it looks like they were on the money.

Chris Wheatley confirmed the reports on his Twitter account, writing that Genoa were indeed one of several clubs to make contact with Sokratis in recent days. He added that the defender is yet to make a decision and is assessing his options.

Francesco Porzio also backed up the story, writing that Genoa and Arsenal are in talks. Fabrizio Romano claimed Genoa and Fenerbahce had both asked for the player, and he’ll soon decide his next destination.

The Athletic recently reported that Sokratis Papastathopoulos is edging towards an Arsenal exit in the January transfer window.

Sokratis has been playing with the Arsenal youth teams recently to keep himself sharp for a January move.