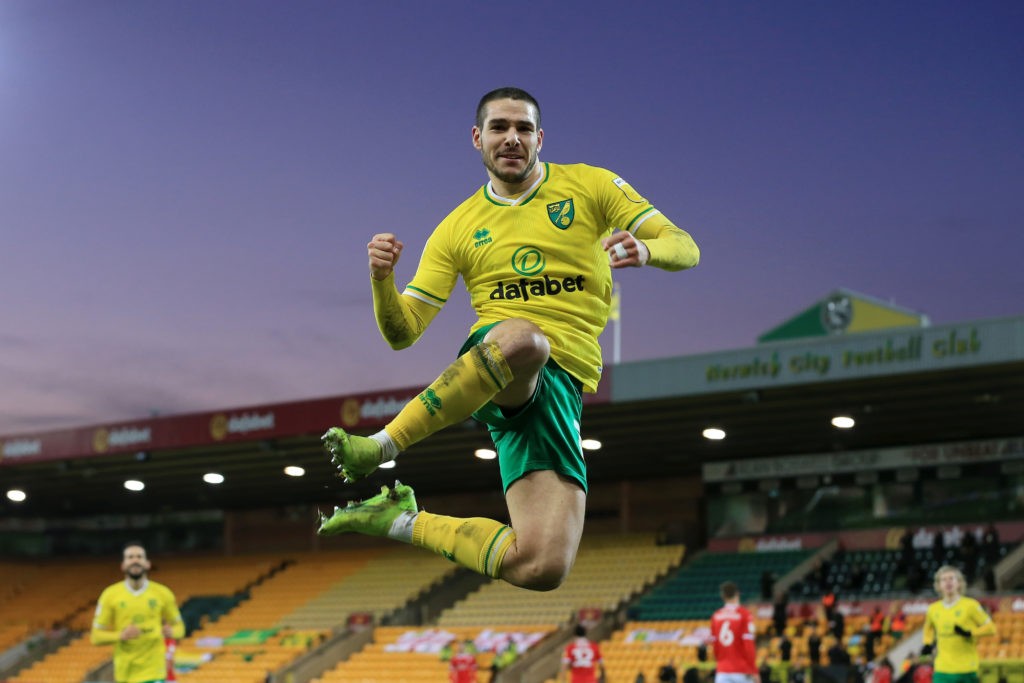 Speaking to the media on Tuesday, Norwich City manager Daniel Farke responded emphatically to questions about whether their star Argentine could be on the way out of the club to Arsenal (or anywhere else) this month.

“No, it won’t happen,” Farke said. “I know football is football. Anything can happen. But right now, for me, 99% certain.”

Recent reports suggest Arsenal are preparing to focus their attention for the remainder of the January transfer window on signing a creative midfielder. They’ve reportedly contacted Emi Buendia’s agent over a potential move.

However, it always looked like an unlikely transfer in the middle of Norwich City’s promotion charge.

The Telegraph claimed earlier this month that Arsenal were ‘likely to shelve’ their interest in the player, with the East Anglian club adamant they won’t sell this month. Farke only seems to be reinforcing that stance with his latest quotes today.

Buendia has seven goals and seven assists in 21 games, helping his team up to top spot in the Championship table.

They’re well on course for promotion, and it makes sense they would want to hold onto any player who might help them achieve that.