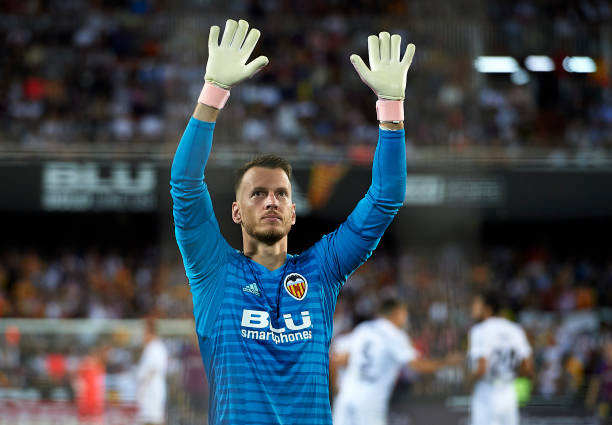 Arsenal are interested in signing Barcelona goalkeeper Neto on loan with an option to buy, but the La Liga club want a straight sale.

Sky Sports (via Sport) report that Arsenal have shown an interest in Neto this month, hoping to sign him on loan with an optional purchase clause. Barcelona are only keen to accept a sale, for around €21m.

Mikel Arteta is on the market for a goalkeeper, given the concerns about Runar Alex Runarsson’s ability to step up if Bernd Leno suffers any kind of injury or dip in form in the second half of the campaign.

For now, Arsenal see it as unlikely that Barcelona will allow Neto to depart, but he remains high on their shortlist if that changes. They reportedly considered him in the summer as well but failed to reach an agreement for the signing.

The Brazilian 31-year-old has made nine appearances this season, most of which came in the first couple of months of the campaign.

Neto had a starting spot in the league whilst Marc-Andre ter Stegen was injured, but the German quickly reclaimed his place after that.

Since the beginning of November, Neto has featured in every single Barcelona squad in all competitions but has only made one appearance, away to Ferencvaros.

So you can see why he might have some motivation to leave, but also why Barcelona are unlikely to let him. He clearly has a place in their squad right now, just not one on the pitch.