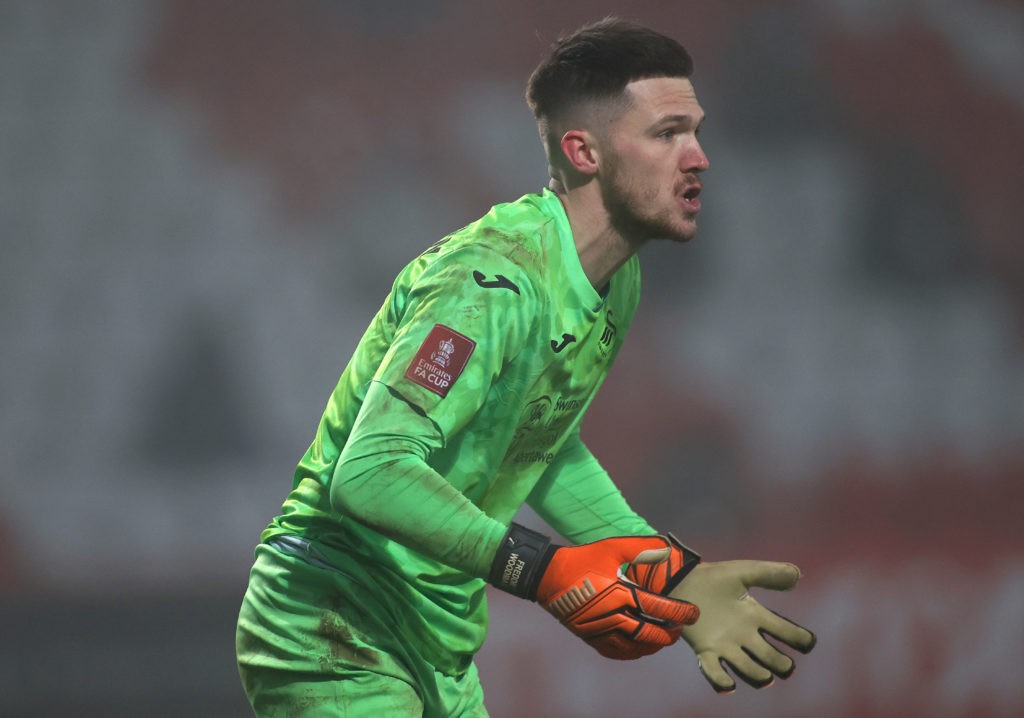 STEVENAGE, ENGLAND: Freddie Woodman of Swansea City looks on, where the Emirates FA Cup badge can be seen on his shirt sleeve during the FA Cup Third Round match between Stevenage and Swansea City at The Lamex Stadium on January 09, 2021. (Photo by Eddie Keogh/Getty Images)

Football.London report that Freddie Woodman is on the shortlist of players Arsenal are currently looking at to address their goalkeeping problem. The club have been tracking him for a while, and his father is the head of u23 goalkeeping at Arsenal.

Woodman is on loan at Swansea City as things stand, for the second season in a row. He joined the Championship club from Newcastle United in 2019 and returned again this summer.

The 23-year-old is having an excellent campaign, keeping 15 clean sheets in 25 appearances so far. He’s only conceded 14 goals across all of those games, helping Swansea up to second in the table.

That’s likely to cause some difficulties in the January window. Arsenal would need both Swansea and Newcastle to cooperate in order to secure Woodman’s signature this month, and it’s hard to imagine either being very keen on the idea right now.

Woodman has a lot going for him, though. He’s in good form, he’s homegrown, and he fits the profile of goalkeeper Mikel Arteta wants. If Arsenal can’t sign him now, he may well be high on their shortlist in the summer.