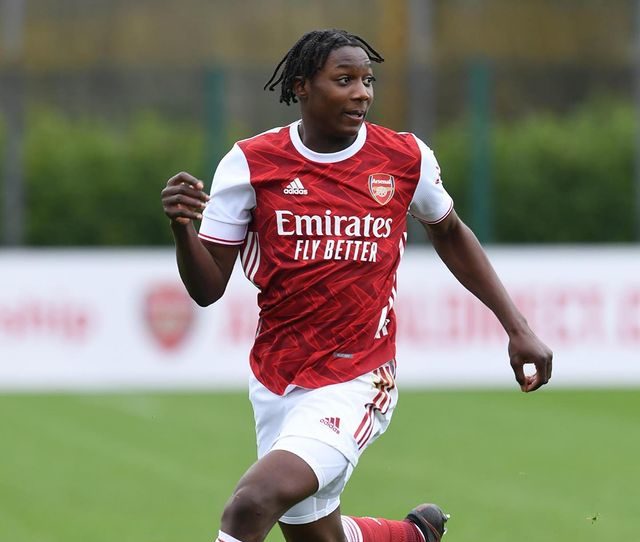 Arsenal Youth report that Arsenal have rewarded Brooke Norton-Cuffy’s continuing progress with the academy by handing him his first professional contract. The England u16 international turned 17 on Tuesday, making him eligible for a pro deal.

Due to a number of loans and injuries in the first half of the season, Norton-Cuffy got a surprise early promotion to the u23s for a few games. He only made his u18 debut in October, but he’s now up to six appearances for the top academy side too.

The defender’s positivity and strength on the ball quickly catch your eye. He’s confident to knock the ball past you and battle for space, and he’s making some good chances.

The teenager looks like one for Arsenal’s future if he keeps developing as he has been. We previously highlighted him as one to watch in the academy.

There’s a long way to go and a lot of competition at right-back right now, but he’s earned his new deal.

Norton-Cuffy will probably be added to the Europa League B-list for the second half of the season, as he’s eligible and there’s no limit. A first-team debut is very unlikely this season, but he’ll be there as an emergency option.