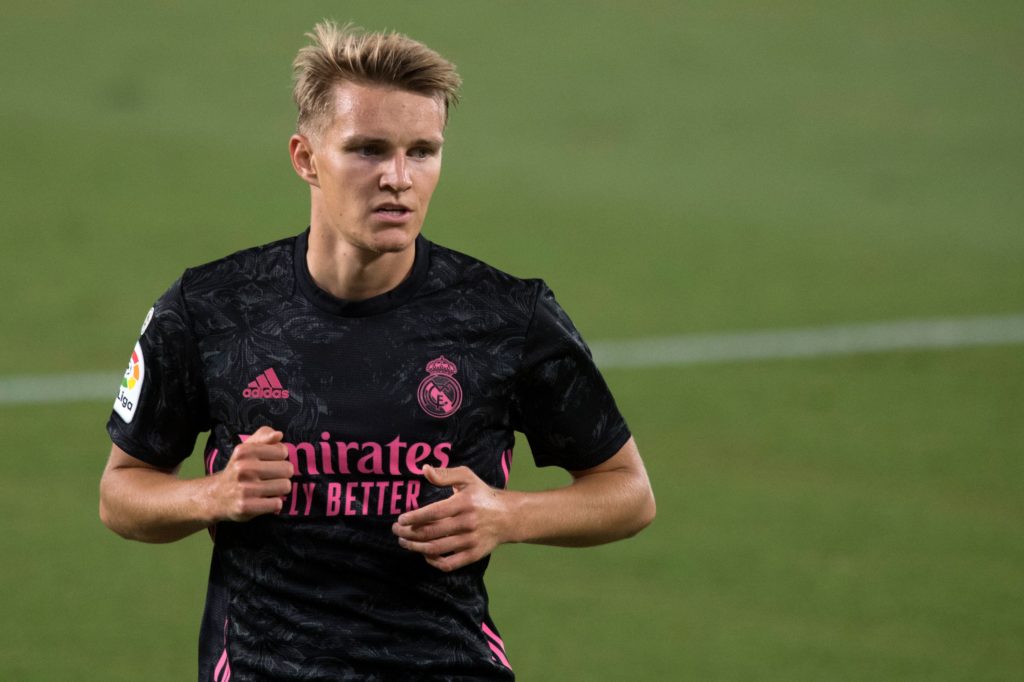 A deal for Arsenal to sign Martin Odegaard on loan is now ‘90%’ done with the Gunners closing in on a deal, according to reports.

David Ornstein reports that Arsenal’s attempt to sign Martin Odegaard on loan is progressing to the point that it’s ‘around 90% done and looking good’. However, there are still details to work through before finalising, and he’s not on the way to London yet.

In a similar vein, Chris Wheatley reports that Arsenal are ‘closing in’ on the loan signing. Edu spoke with the player’s father Hans and agent Bjorn Tore Kvarme, whilst Dani Ceballos has also played his part in helping to convince the midfielder.

The deal won’t include an option to buy, but Odegaard will enter the final two years of his Real Madrid deal this summer, so it’s not impossible to imagine that Arsenal could negotiate a transfer at that point – assuming things go well.

TheAFCBell report that after Odegaard’s close circle met to discuss his options, they decided to accept Arsenal’s offer. There’s an agreement in principle, with the two clubs involved now close to a deal.

The news in Spain is very similar. Real Sociedad were Arsenal’s strongest competition for the move, but reliable Sociedad outlet El Diario Vasco claim their chances are off after Arsenal presented the strongest bid.

Fabrizio Romano claims Odegaard has decided to join Arsenal, and a deal is expected to be completed in the coming hours. Mikel Arteta spoke directly with the player to help convince him.

At this point, everything is heading towards Arsenal winning the race to secure the six-month loan.

How does Odegaard fit in?

Odegaard is a creative midfielder with excellent passing stats. He was in the top-10 for progressive passes and key passes in La Liga last season, as well as making the top-20 for passes into the final third.

Even better for Arsenal fans, Odegaard completed the third-most passes into the penalty area of any player in La Liga last season. If you exclude crosses, he was second behind Lionel Messi. Only two of his 73 passes into the box were crosses.

The most obvious place Odegaard fits in the team is as an alternative to Emile Smith Rowe at the number 10 position. Smith Rowe’s injury history means Arsenal can’t force him to play every game, they need rotation options.

However, Odegaard can also play out wide, or he could even pair up with Smith Rowe in midfield, as long as they had a more defensive midfielder behind them. That system would be more likely in the games against the league’s lesser teams.

The one big negative worth mentioning is that Odegaard hasn’t played much at all this season. He’s made nine appearances for Real Madrid, and only five starts. His relationship with Zinedine Zidane seems rocky.

That’s why he’s pushing for a loan, but Arsenal will probably need to ease him into the action.