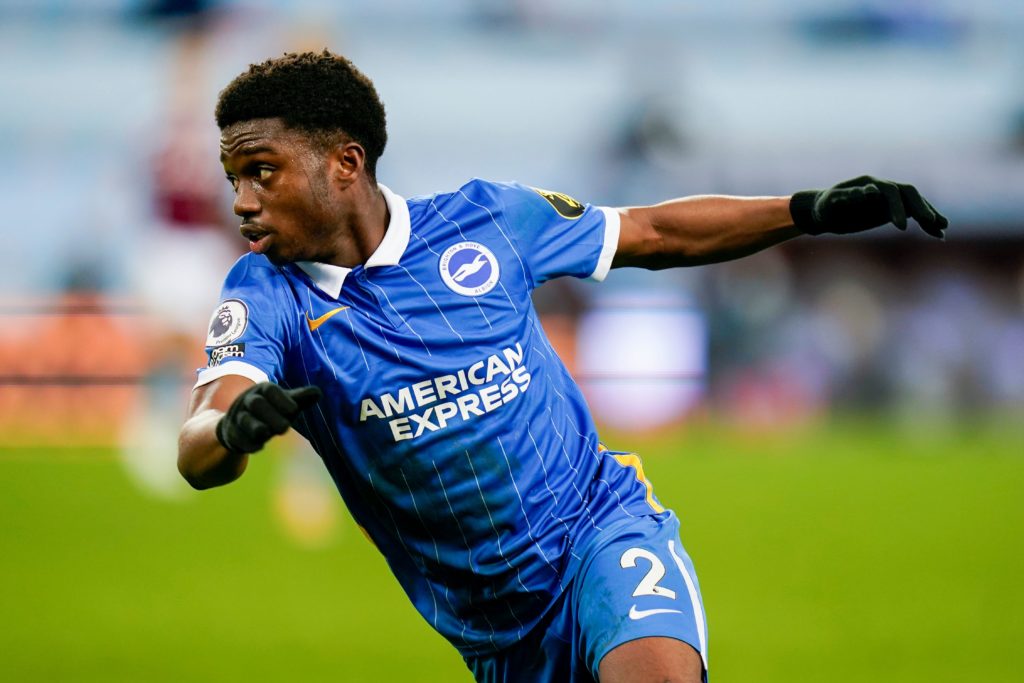 Arsenal remain one of Tariq Lamptey’s admirers despite his new contract with Brighton and they still might sell for a suitable offer.

The Athletic report that Tariq Lamptey’s new long-term contract with Brighton is unlikely to discourage his suitors. The right-back signed a four-and-a-half-year deal worth £40,000-a-week last Friday.

Despite that new deal, Arsenal, Everton, and Manchester City remain admirers. Brighton aren’t even expected to ask for more money than they would have before the new deal.

Reports in December suggested Arsenal were looking at Lamptey as a possible replacement for Hector Bellerin, should Barcelona or PSG firm up their interest in the 25-year-old this summer.

Those reports around Bellerin have only increased in recent days, with Juventus and Paris Saint-Germain also linked with a move.

As much as he seems like a key player for Mikel Arteta right now, Bellerin will only have two years on his deal this summer.

If he leaves, a move for Lamptey would make sense. He’s young, he’s performing well in the Premier League and Brighton are evidently willing to negotiate. The new deal just means Lamptey won’t be able to run it down and leave for free in the near future.