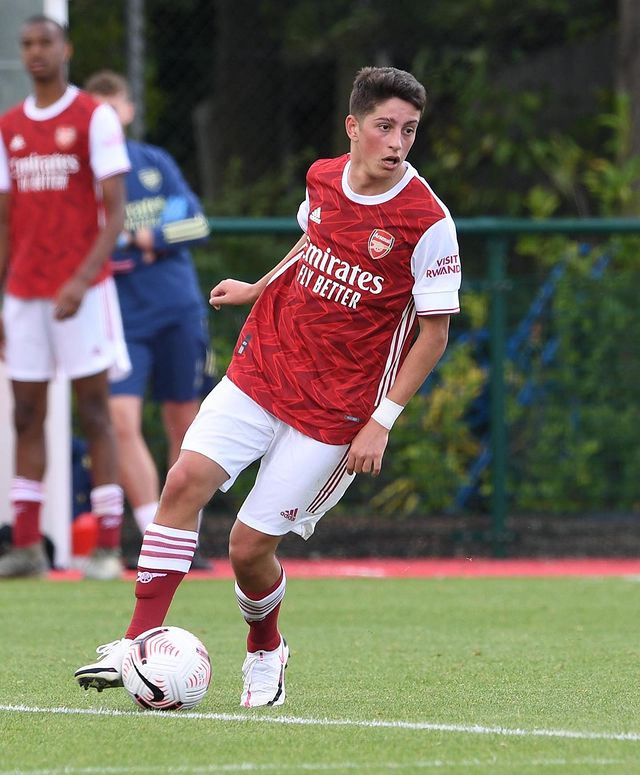 Luigi Gaspar with Arsenal (Photo via Gaspar on Instagram)

Luigi Gaspar is seemingly back fit and ready to start playing for the Arsenal academy again, after an injury that saw him miss the first half of the season.

As we reach the halfway point of the season, Edu Gaspar’s son Luigi is still yet to make a competitive appearance for the academy.

The 16-year-old was a regular with the u16s last campaign, but an injury in pre-season with the u18s has kept him out ever since.

After a long wait, Gaspar wrote on Instagram on Wednesday afternoon that he’s finally “ready for action”.

The u18s are a talented group, including a number of potential future stars in midfield. But Gaspar is still young and has plenty of time to break in and make his mark with the side.

For the first half of the year, the focus has simply been on getting fit and available again. Now it’s time for him to start trying to make an impression on the coaching staff and get that u18 competitive debut.

The u18s are next likely to be involved in a North London derby at home to Spurs on January 23rd, 11:00 GMT. After that, they travel to Crystal Palace exactly a week later. Let’s see if Gaspar is ready to make an appearance in the squad.