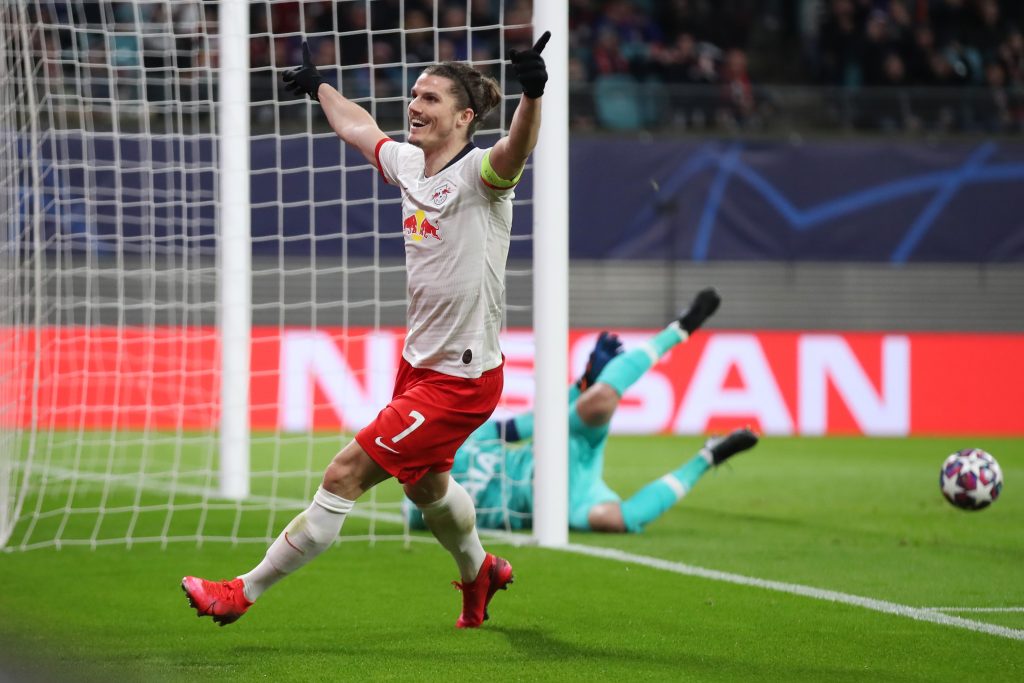 Arsenal are among the possible buyers for RB Leipzig’s Marcel Sabitzer, according to reports in Germany, though they haven’t made contact yet.

Sky Germany report that their sources inform them Arsenal and Tottenham Hotspur are among the possible buyers for RB Leipzig’s Marcel Sabitzer, whose contract expires in 2022. This summer, he’ll enter the final year of that deal, making a move pretty likely.

Publicly, Leipzig bosses are insisting they want to keep Sabitzer around for the long term, but they’re yet to convince him to extend. At this stage, Arsenal are yet to make a formal offer for the player.

The media also linked Arsenal to Sabitzer last year, after his starring performance against Spurs in the Champions League. Nothing came of it at the time, but it’s another hint that the Gunners may well be tracking the midfielder.

Sabitzer has six goal contributions in 18 games this campaign, regularly captaining Leipzig. It’s not quite the same level as he managed last campaign though, scoring 16 goals and assisting a further 11.

Still, Arsenal could use all the help they can get in terms of creating and scoring from midfield. They certainly seem to be in the market for a player like Sabitzer, but whether they can land the Austria international from Leipzig mid-season is another matter.