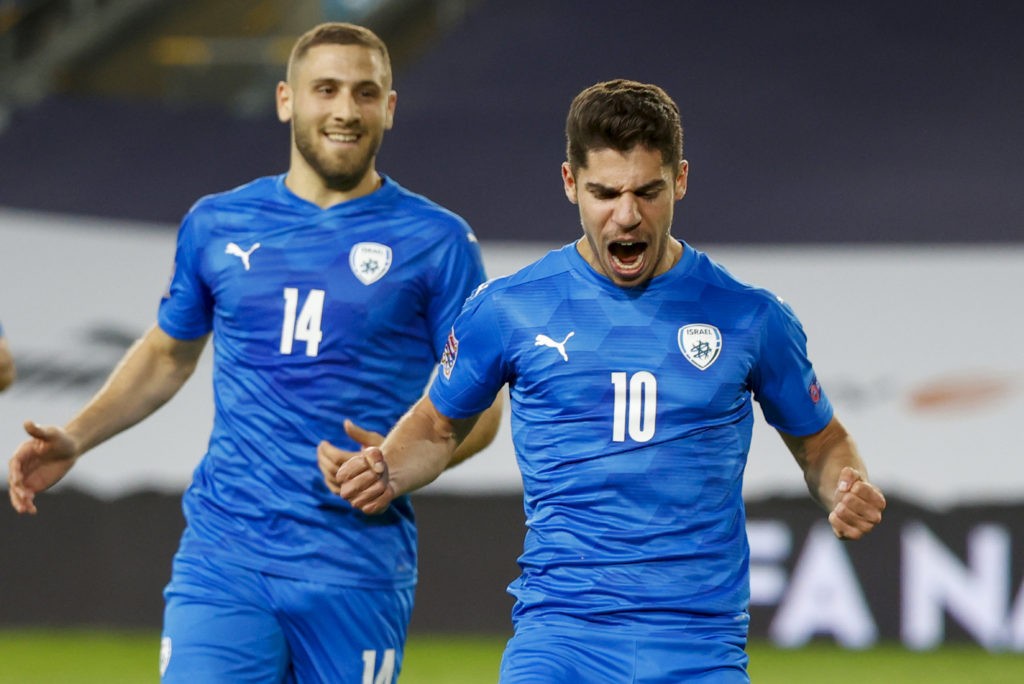 Israel’s forward Manor Solomon (R) celebrates after scoring during the UEFA Nations League B Group 2 football match between Israel and Scotland at the Netanya Municipal Stadium in the Israeli city on November 18, 2020. (Photo by JACK GUEZ / AFP)

The Daily Mail report that Arsenal are planning a summer bid for Manor Solomon of Ukrainian side Shakhtar Donetsk this summer. Atalanta already made a £17m bid for the player, and Leeds United will compete for Arsenal if they try to make a move this summer.

Football.London report that Solomon is highly interested in the idea of a move to Arsenal, with sources close to the player revealing he would be ‘delighted’ to make the switch. But a deal is still a long way off at this stage.

Agent Pini Zahavi is involved in talks between Arsenal technical director Edu and the player as an intermediary (not as Solomon’s agent). He previously offered Solomon to Arsenal before Raul Sanllehi’s departure, but that exit put a stop to the deal.

Solomon has six goal contributions in 17 appearances (nine starts) from the wings this season. He scored both home and away against Real Madrid in the Champions League.

Shakhtar are currently on their winter break, with no games scheduled between December 13th and January 21st. They travel to Lech Poznan for a friendly on Thursday, with the competitive action kicking off in mid-February.

As a result, we won’t see Solomon in any further competitive fixtures until the January transfer window is already closed.