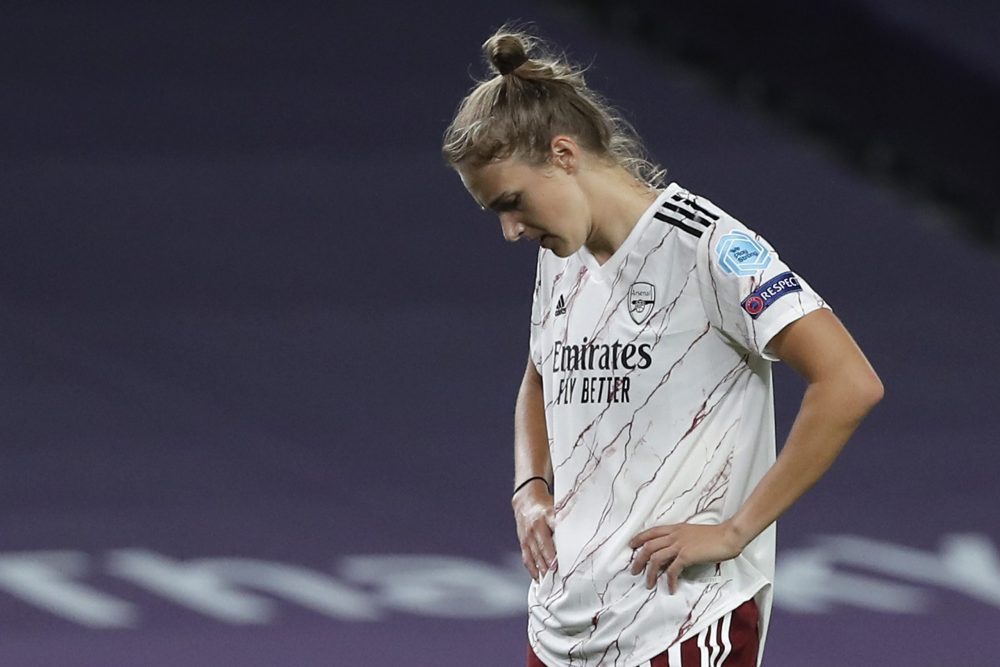 A rumour has been going round for a while that Lyon are interested in signing the Arsenal striker and it was relayed on Tuesday by RMC Sport in the middle of an article about Catarina Macario.

So what does Anthony Rech say: “According to our information another player, who plays in midfield should sign on the dotted line with the 7 times European Champions in a week’s time. Talks are also in progress with Arsenal’s Dutch striker Vivianne Miedema.”

We have to remember that the player is under contract until Summer 2022. A transfer is a tripartite agreement, so Arsenal and Lyon would have to agree a transfer fee, should the transfer happen in the next three transfer windows (Winter 21, Summer 21, Winter 22).

Does anyone believe the Gunners would want to sell their prize asset?

Obviously no one does.

The Arsenal manager indicated last November that the club was working on extending her contract and the discussions are still happening right now, as far as I know. There has been no mention at all of a talk breakdown or willingness from the player to leave the club.

The fact that Lyon have started discussing with Miedema’s agent is certainly a warning to the club, as OL can sign almost any player they want.

The big question is do they have a vacancy at centre-forward?

Well it really depends on Ada Hegerberg, as she has just signed a new contract. The Norwegian striker came back from her ACL injury and then had a second operation for a tibia stress fracture. She has not played a game for a while now.

Can OL play with a Miedema – Hegerberg pairing up top or would one of them be the understudy and spend a lot of time on the bench? You cannot see either of those players happy to be a substitute. Tactically, you can certainly play with both as long as they make adjustments to their game. We know that Lyon are on a rebuilding spree as many players are out of contract at the end of this season, so this transfer would fit into their renewal strategy.

Caroline Graham-Hansen is another striker also mentioned in their shopping list, but you cannot see them piling up so many quality players, unless they can find a way to fit them all together with Catarina Macario in behind them.

Now, we know that Miedema is ambitious and wants to win titles. It is quite obvious that a top player needs to play in the elite club competition. So, it is really up to the Arsenal to make sure they qualify this season for the Champions League by at least finishing in the top 3 places in the FA WSL.

If the club is not able to match her ambition of playing regularly in the Champions League, it would not be a shock to see her ask for a move at the end of the season.

The other main question is the player’s happiness at the club. Again, there has been no indication that she is not happy, the team spirit is overall very good, although the recent Dubaigate might have an impact in the future.

So if the player is happy and settled at the club and their ambition matches hers, why would she leave?

Of course, there is no smoke without fire, but for now, the odds of this transfer happening soon are very low.

When the stars start to align, then Arsenal fans might start to worry.

But there is no need to hit the panic button right now.