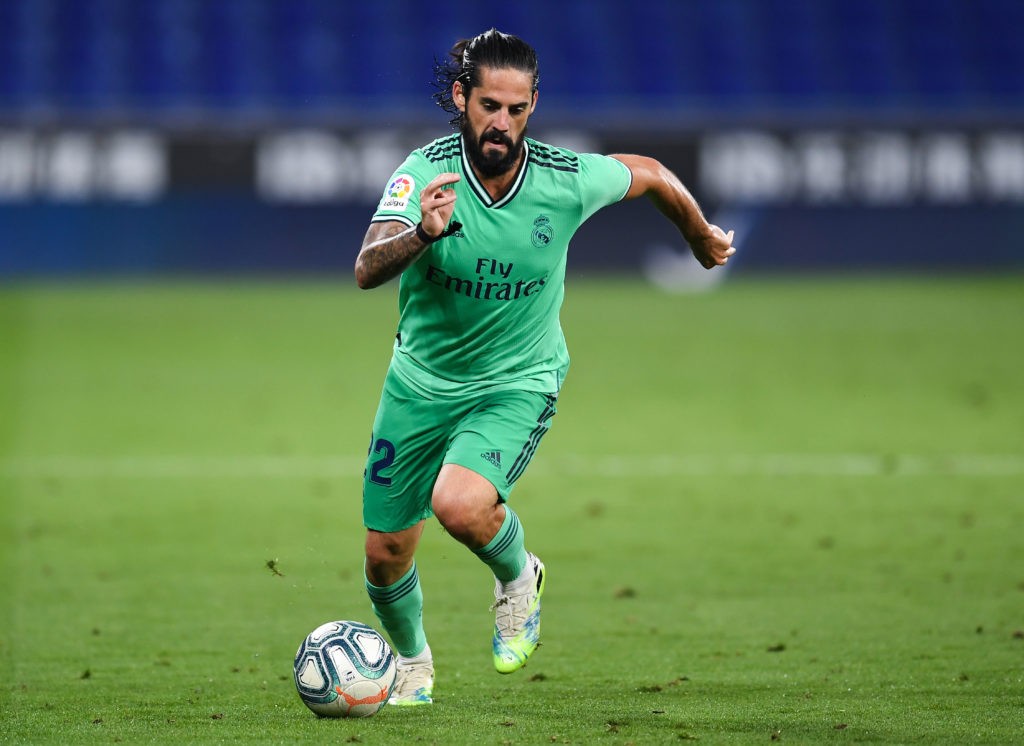 BARCELONA, SPAIN – JUNE 28: Isco of Real Madrid CF runs with the ball during the Liga match between RCD Espanyol and Real Madrid CF at RCDE Stadium on June 28, 2020 in Barcelona, Spain. (Photo by David Ramos/Getty Images)

Arsenal are looking to sign a creative player in the remainder of the January transfer window, likely on a short-term deal, according to reports.

Fabrizio Romano reports that Arsenal will start to work on incomings once they’ve finalised the exits of Mesut Özil and Sokratis Papastathopoulos, as expected in the coming days.

Romano adds that Arsenal have contacted Emi Buendia’s agent over a potential move, but they’ve yet to make an official bid for the player.

TheAFCBell report that Arsenal’s key priority for the remainder of the winter window is a creative player. At this stage, it looks like that would be on a short-term deal, loaning someone in until the end of the season.

The longer-term signings are more likely to take place in the summer, with the club already having some in mind. Possibly Buendia is among those options.

With Özil’s exit and Arsenal’s current lack of alternatives to Emile Smith Rowe in the number 10 position, it’s no real surprise that’s where they’re looking to strengthen in the short term. The problem is finding someone who is available for a loan.

Early in the window, the likes of Christian Eriksen and Isco were linked with Arsenal, but the ever-reliable David Ornstein ruled both of those out last week. Julian Brandt also seems to be off the market at the moment.

With just over a couple of weeks left in the January window, we’ll have to wait and see what names pop up before the deadline.