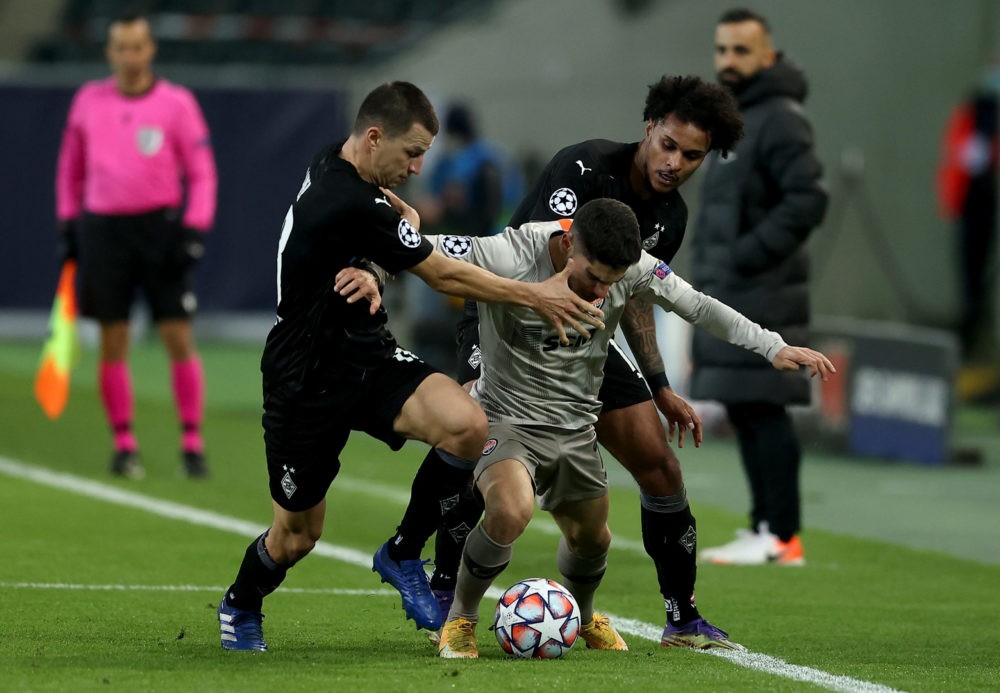 MOENCHENGLADBACH, GERMANY – NOVEMBER 25: Manor Solomon of Shakhtar Donetsk is challenged by Stefan Lainer and Valentino Lazaro of Borussia Moenchengladbach during the UEFA Champions League Group B stage match between Borussia Moenchengladbach and Shakhtar Donetsk at Borussia-Park on November 25, 2020 in Moenchengladbach, Germany. Football Stadiums around Europe remain empty due to the Coronavirus Pandemic as Government social distancing laws prohibit fans inside venues resulting in fixtures being played behind closed doors. (Photo by Lars Baron/Getty Images)

According to the Guardian, Arsenal are planning to make an offer in the summer for Shakhtar Donetsk’s winger, Manor Solomon.

Back in December, it was claimed that Arsenal had joined Leeds in chasing the 21-year-old Israeli, although that was ahead of what was rumoured to be a January move.

Now, it’s being claimed Arsenal will try and land Solomon in the summer instead as they don’t have the funds during this window unless they can shift players they are not expecting to be able to move on.

Under contract until 2023, Solomon is valued at around £6.3m after his £5.4m move to the Ukraine from Maccabi Petah Tikva.

This season, the left-winger (who can play across the front line) has scored five and assisted one in 17 games, averaging a goal or assist every 161 minutes.