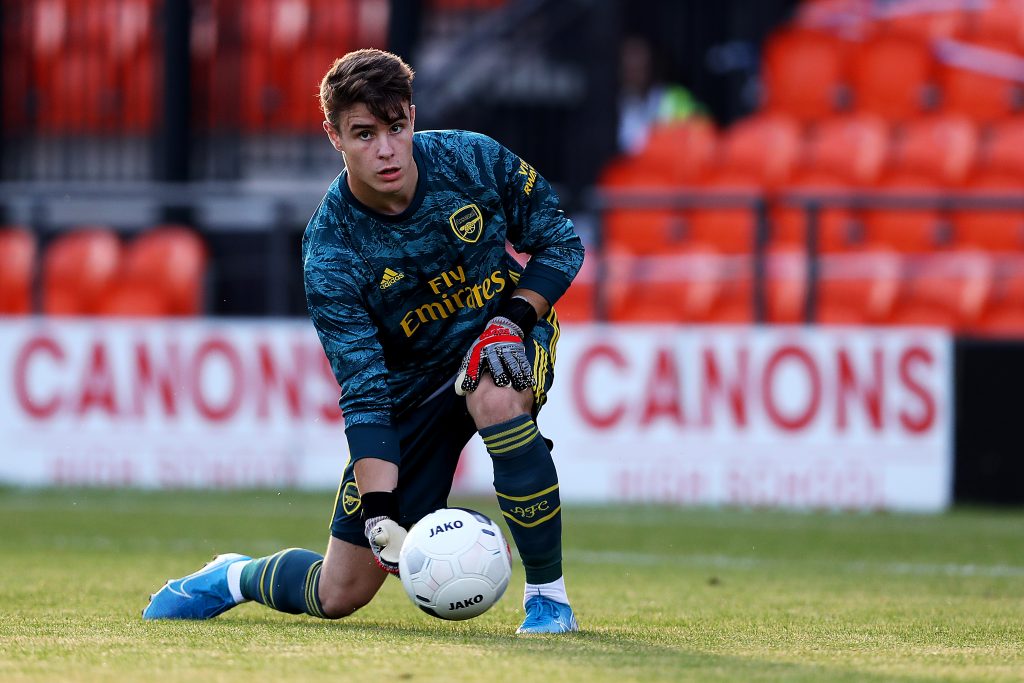 BARNET, ENGLAND – JULY 24: James Hillson of Arsenal in action during the Pre-Season Friendly match between Barnet and Arsenal at The Hive on July 24, 2019 in Barnet, England. (Photo by Jack Thomas/Getty Images)

James Hillson has once again put pen to paper on a deal with Arsenal, his fourth contract with the club in the last three years.

On Tuesday, Arsenal announced James Hillson had signed a new contract with the club, which may have left some of you feeling a bit of déjà vu. Hillson has had his fair share of contracts in recent times, so let’s break them down for you.

First, Hillson signed on a youth loan from Reading, running from February 2019 to the end of that season. When that deal expired he was a free agent, and he signed his second Arsenal contract, a professional one-year deal lasting to 2020.

A year later, that meant Arsenal had to look at his situation again. They had an option in his contract to extend by a year, but they chose to hand him a fresh contract instead.

That brings us to today. Arsenal haven’t given the details of Hillson’s latest contract in their announcement, but clearly, they needed to either activate his option or sign him up to a new deal or he would’ve left for free this summer.

Hopefully, that explains why the young goalkeeper has had so many new deals recently. When we know more about the length of his latest extension, we’ll let you know.

Hillson has made just one u23 appearance so far this campaign, playing backup to Matt Macey, Arthur Okonkwo, and Karl Hein.

Given Macey’s departure, the other three may well get further chances now. Okonkwo’s deal also expires at the end of the season, according to reports, so perhaps Arsenal are preparing for the possibility of his exit as well.