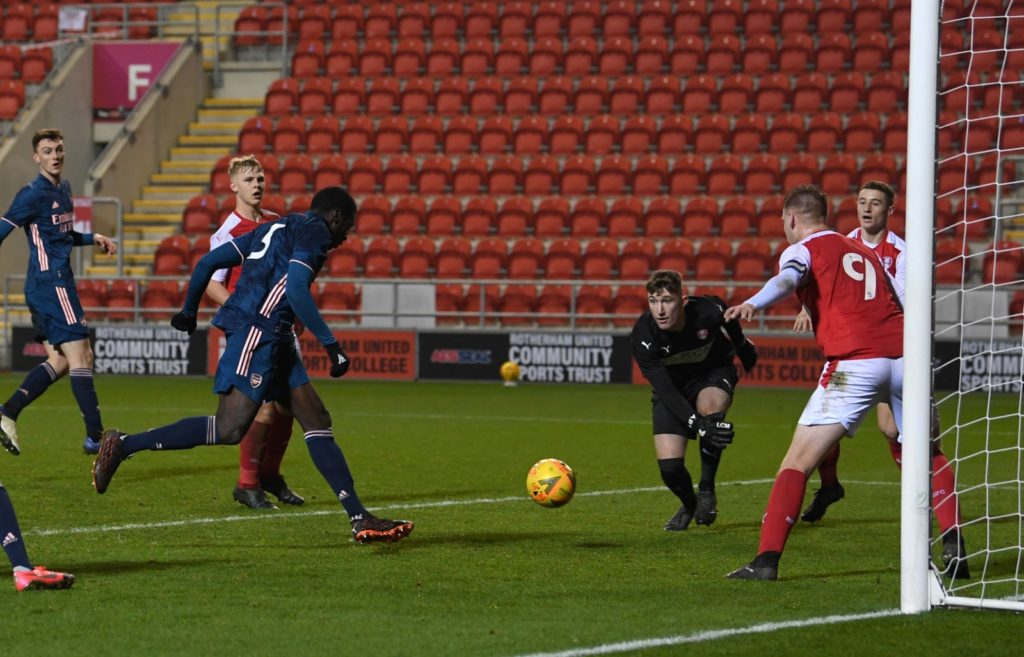 The FA Youth Cup will be suspended until the Covid lockdown ends later this year, given the worsening situation across the country.

The Athletic initially reported the FA Youth Cup would be suspended until the end of lockdown. It’s only a temporary suspension for now, though if and when it returns will obviously depend on how the Covid situation progresses.

The FA have since confirmed the report, adding that they’ll continue to review the situation and provide updates at the earliest opportunity.

Arsenal were set to play Blackburn Rovers in the fourth round of the competition on Wednesday 27th January. The Gunners saw off Rotherham United in the third round, with Charlie Patino scoring an excellent long-range effort.

The current u18s are a talented group, but it looks like they’ll have to wait a while to continue their run in the competition.

Arsenal have had three u18 matches postponed in the league in the last couple of months, due to Covid disruptions.

For now, the u18s are back in training after their winter break and ready to play Southampton on Saturday, but we’ll see whether the u18 Premier League decide to follow the FA Youth Cup’s lead and suspend matches in the coming weeks.