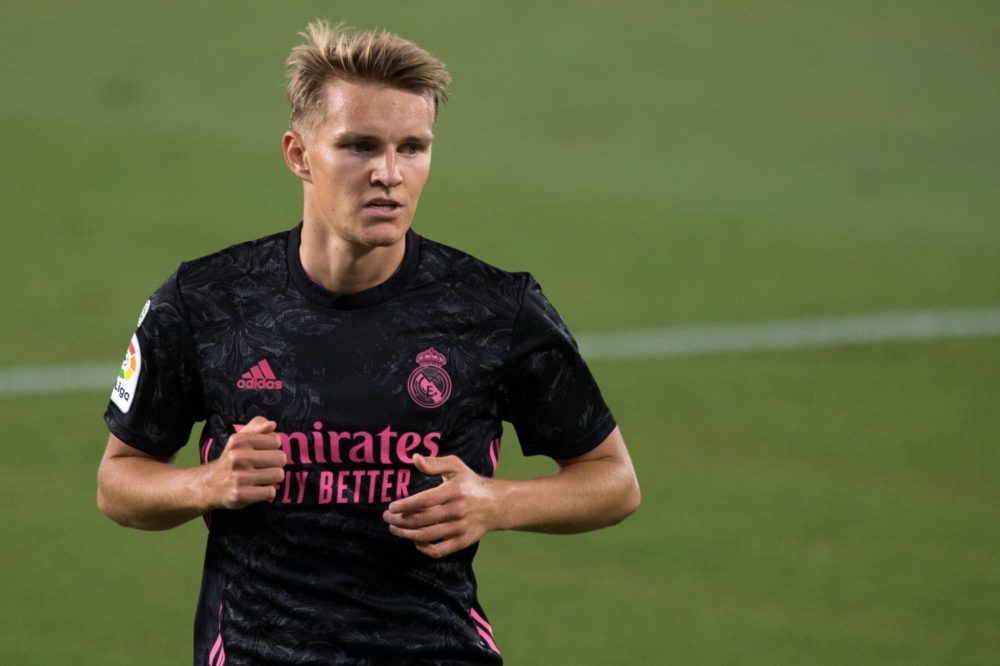 Arsenal are closing in on an agreement that would see them sign Real Madrid’s Martin Odegaard on loan for the rest of the season but how much will he cost?

With Mikel Arteta desperate to add some creativity to the side and ease the burden on Emile Smith Rowe, Martin Odegaard has been identified and negotiations started.

The player seemingly wanted to return to Real Sociedad, where he has already enjoyed one loan spell, but Real Madrid wanted to loan him outside of La Liga, so it seems Arsenal are likely to benefit.

The player has been used sparingly, to say the least, at Real Madrid but it seems they are unwilling to part ways with the 22-year-old midfielder on a permanent basis.

Arsenal will pay £2m to loan Odegaard for the rest of the season but any loan deal will not come with an option to buy according to reports.

Odegaard currently earns £85kpw and you would expect Arsenal to cover that as well.

When Martin Ødegaard was just 16, Arsenal tried to sign him from Strømsgodset and took the player on trial.

That wasn’t anything special, the attacking midfielder trialled at a host of clubs across Europe. Now 22, Ødegaard made his international debut at just 15. It wasn’t hard to see why so many wanted him.

In the end, he made the mistake of opting to go to Real Madrid too early rather than a smaller club where he would have had more chance of playing regularly. He cost them just £2.52m.