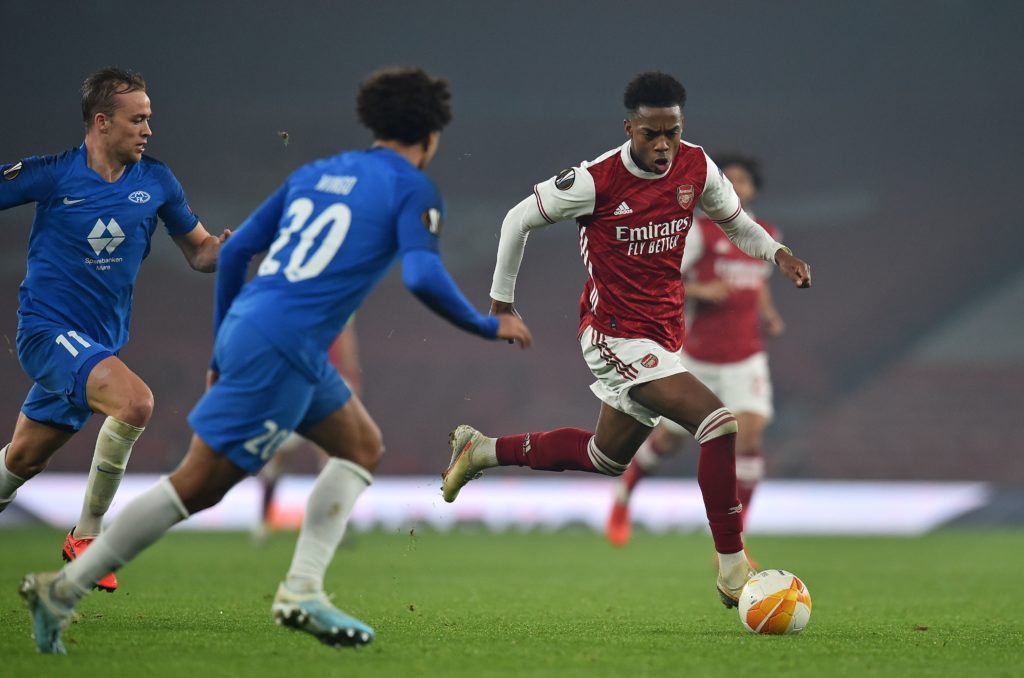 Joe Willock is the latest name in the mix for a January loan move, amid concerns over the opportunities available for him at Arsenal right now.

Chris Wheatley reports that Joe Willock is available for a loan in the next few days, with his game time at Arsenal currently limited. He joins Reiss Nelson, Ainsley Maitland-Niles, and Shkodran Mustafi among those with a decent chance of departing this month.

Willock had an excellent Europa League group stage with Arsenal, scoring three and assisting four goals in his five appearances. However, that never translated into consistent chances in the Premier League.

The 21-year-old has been fit all season and has made it into 16 Premier League squads, yet he’s only up to 234 minutes – less than three games’ worth.

Yet if I were in charge of a Championship club, I’d be jumping at the chance to loan the midfielder. He could absolutely have an impact, both in terms of the goals and his general midfield game.

To me, it would absolutely be mutually beneficial for one of them to pick him up and offer him regular minutes until the end of the season.