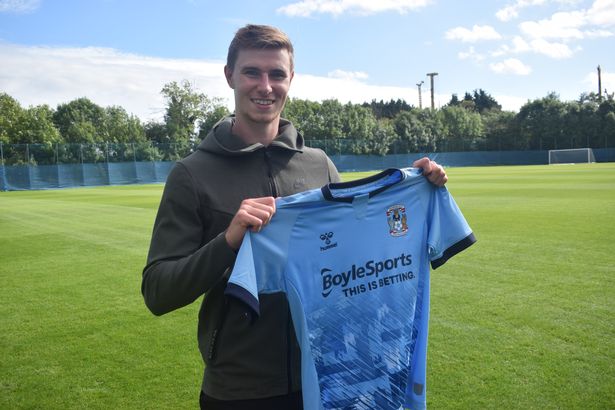 Ben Sheaf looks to be closing in on his permanent move to Coventry City, after making his 25th loan appearance for them on Saturday.

When Ben Sheaf made the starting lineup to face Birmingham City on Saturday, he was making his 25th appearance for Championship side Coventry City.

Not only does this make him one of Arsenal’s busiest loanees for the campaign so far, it also has potential implications on his permanent future.

When Sheaf initially joined Coventry, reports suggested it was a loan with an option to buy of £750,000. However, Coventry boss Mark Robins then revealed that it was actually an ‘obligation’ to buy, assuming the player hit certain criteria.

CoventryLive reported that the obligation was subject to the player making a set number of appearances. Once that happens, the move turns permanent.

We still don’t know exactly how many appearances that was, but David Ospina’s loan obligation with Napoli was set at 25 games. That’s the only recent benchmark we have involving an Arsenal player.

For now, there’s still no confirmation that Sheaf is joining Coventry City permanently, but it’s very likely he hits the 30 mark before the end of the campaign – if not 40 and beyond.

Assuming the appearance clause is at least vaguely reasonable, it looks like he’ll activate it.