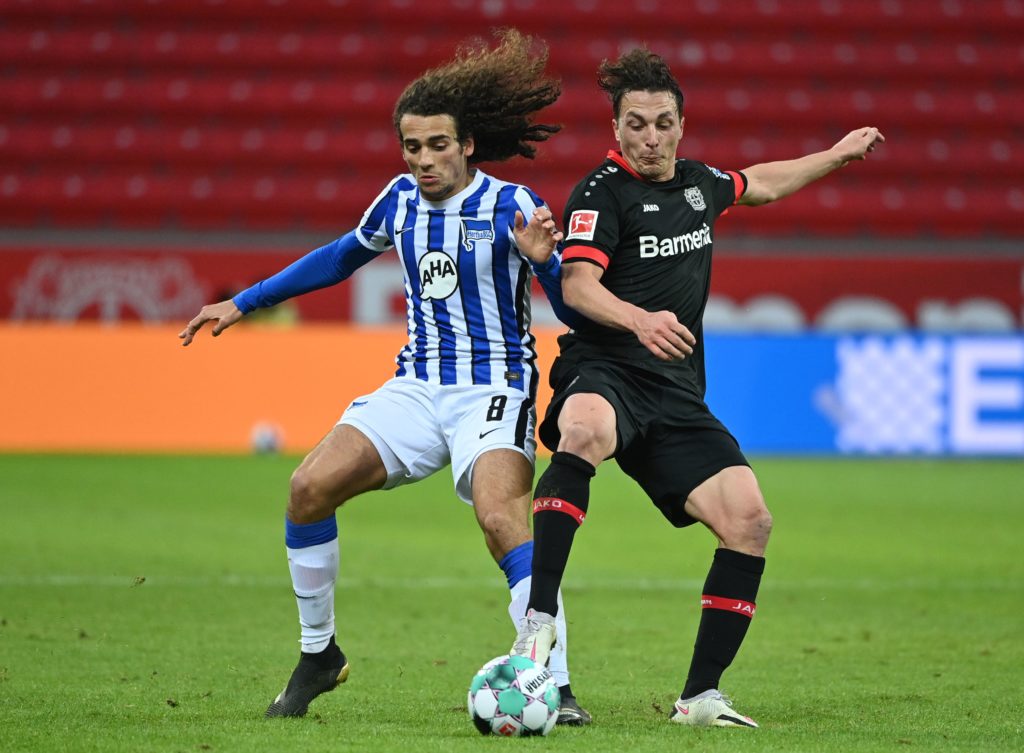 Matteo Guendouzi is remaining with Hertha BSC for the rest of the season, despite changes in management and a new midfield signing.

At the start of the month, there were some rumours that Arsenal might choose to recall Matteo Guendouzi from Hertha BSC in the winter window – though they seemed to be based on very little at the time.

Even so, the talk started to grow after Hertha sacked their manager and sporting director amid a terrible run of results and Guendouzi was seen arguing with a teammate mid-game.

The Bundesliga club are also closing in on the permanent signing of Sami Khedira from Juventus, strengthening their midfield options and potentially affecting Guendouzi’s minutes.

Yet Fabrizio Romano claims Hertha have no plans to let the player leave. He reports that Guendouzi is staying until the end of the season, as agreed with Arsenal.

In fairness, the 21-year-old hasn’t had any trouble getting games so far. He’s only missed one minute of football in Hertha’s last 13 games.

As long as he’s playing alongside Khedira, it could also be a good opportunity to learn from a player with plenty of experience at the top level. The last decade with Real Madrid, Juventus and Germany will have taught their new signing a lot.