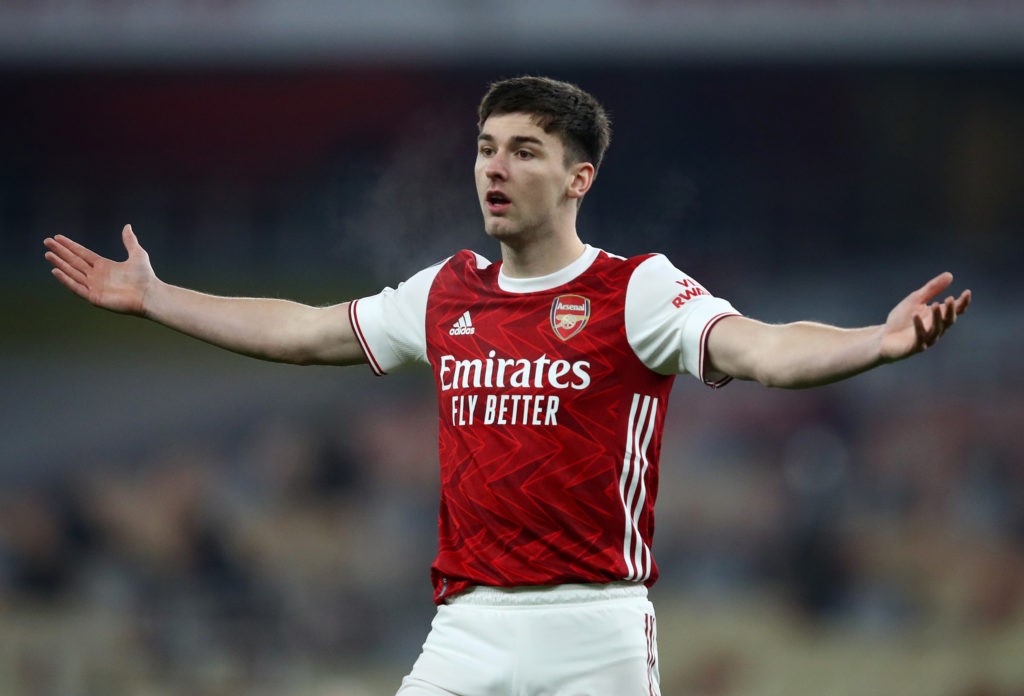 LONDON, ENGLAND – JANUARY 09: Kieran Tierney of Arsenal reacts during the FA Cup Third Round match between Arsenal and Newcastle United at Emirates Stadium on January 09, 2021 in London, England. The match will be played without fans, behind closed doors as a Covid-19 precaution. (Photo by Julian Finney/Getty Images)

Arsenal hope Kieran Tierney won’t be out for too much longer, with scans on his recent injury not showing any serious issues.

David Ornstein reports for The Athletic that Kieran Tierney’s injury could be related more to fatigue than something more serious. Scans on the problem are thought to have come back clear, and Arsenal hope he won’t be out for long.

The last official update on Kieran Tierney from Arsenal on Friday only stated that he was continuing to be assessed for discomfort in the right lower leg, ruling him unavailable for Saturday’s match.

The club aren’t being any more specific on his return date, only ruling him out for one game at a time. But this seems like it’s more to do with a change in policy on reporting injuries than something related to Tierney specifically.

In recent months, Arsenal’s injury updates have grown vaguer, and have been released later in the build-up to a match. It seems they’re keen to keep their cards close to their chest for as long as possible to disrupt opposition preparations.

So, we’re unlikely to get much clarity on the Tierney situation until the day he returns to action. Ideally, that day will be this Sunday, because Arsenal need him back.