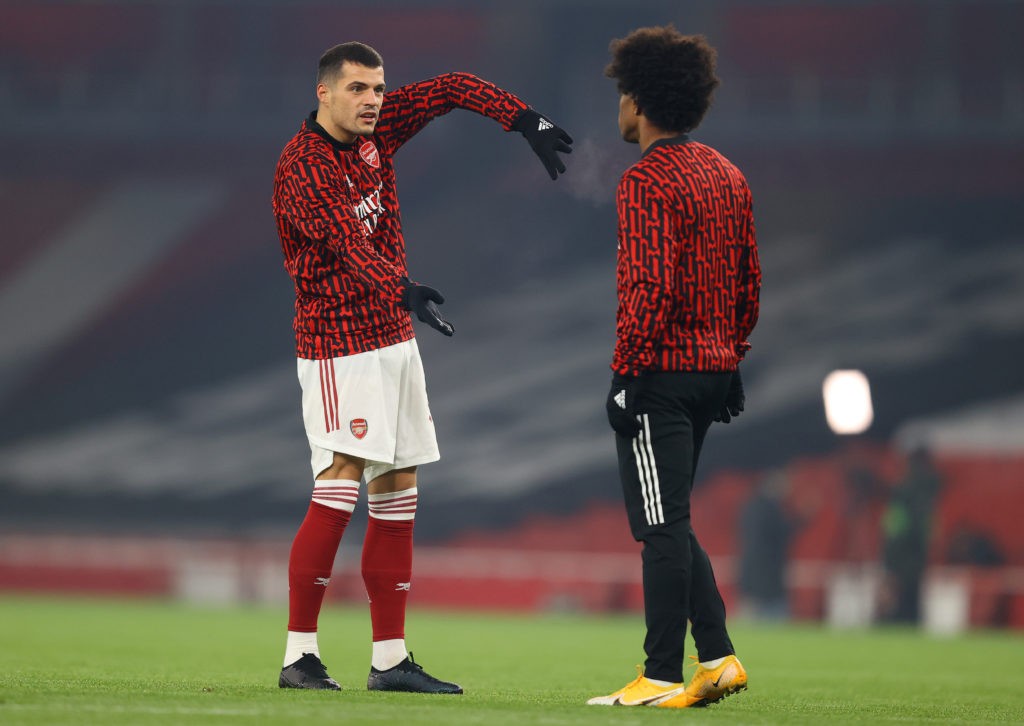 LONDON, ENGLAND: Granit Xhaka of Arsenal speaks with Willian of Arsenal as they warm up during the UEFA Europa League Group B stage match between Arsenal FC and Molde FK at Emirates Stadium on November 05, 2020. (Photo by Julian Finney/Getty Images)

Arsenal will have to pay Benfica £44,000 of their match earnings for the away leg of their Europa League tie next week.

Due to UK Government travel restrictions, Arsenal are facing a number of problems over their Europa League tie against Benfica.

For a start, they can’t play the away leg in Portugal. There are no direct flights between the two countries, and Arsenal would have to isolate for 10 days after the game – which is obviously not possible in the middle of the season.

As a result, the two clubs will play the first leg in Rome. However, since the restrictions were imposed by the UK Government, Arsenal have to compensate Benfica with 10% of their £440,000 match fee.

Arsenal also still need to sort out where they’re playing the ‘home’ leg of the tie. They can’t play it in England, for the same reason they couldn’t play the away leg in Portugal.

Initially, it looked like they’d decided on Athens for the match, but a new lockdown in the Greek city has thrown things up into the air again.

When they eventually choose a venue, you can add the travel costs for the match to the amount the current lockdown restrictions have set Arsenal back. Hopefully, Mikel Arteta’s side get through the tie and draw a Round-of-16 opponent that presents fewer logistical difficulties.