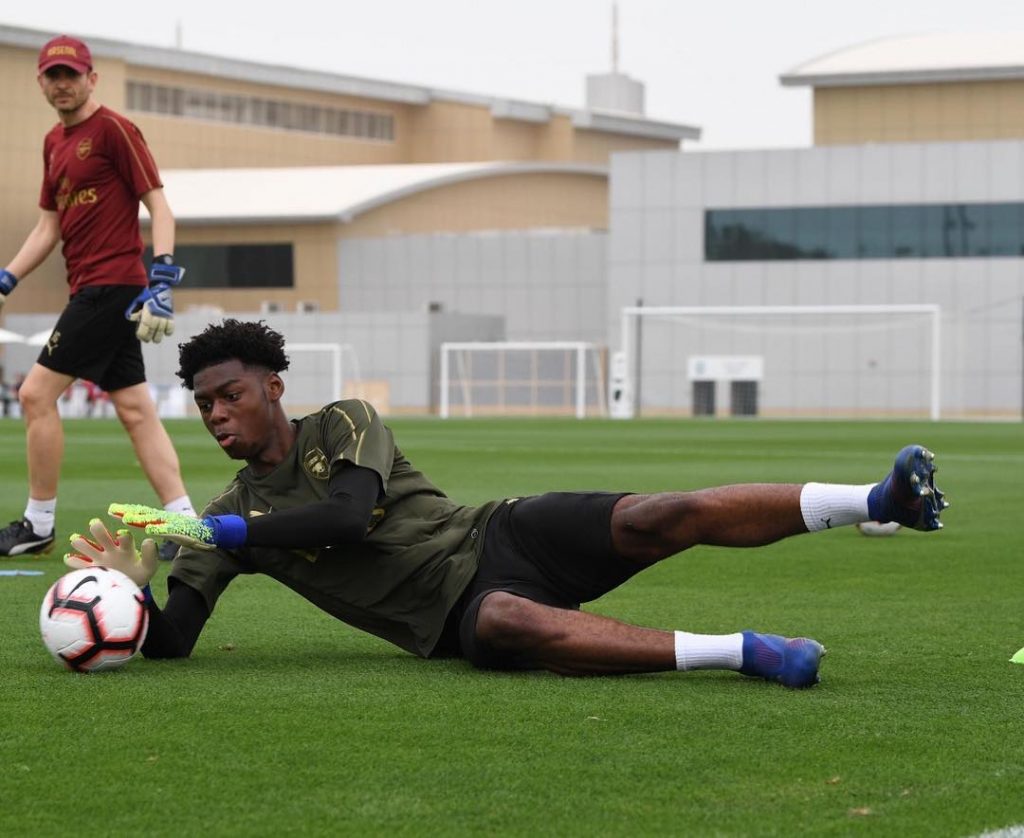 Arthur Okonkwo in first-team training in Dubai (via Instagram / _arthurokonkwo)

Arthur Okonkwo has been told he’s Arsenal’s fourth-choice goalkeeper for the rest of the season, according to a report.

AllNigeriaSoccer report that Arthur Okonkwo has been formally informed by Mikel Arteta that he’s now Arsenal’s fourth-choice goalkeeper for the rest of the season, ahead of the other options at youth level.

Arsenal have quite a few u23 goalkeepers right now, with Okonkwo joined by Karl Hein, James Hillson, Tom Smith, and others, but the 19-year-old is clearly leading the pack in Arteta’s eyes.

As a result, the player travelled to Villa Park with the rest of the squad on Saturday as the third-choice goalkeeper – in Bernd Leno’s absence. He also joined them for the previous couple of games whilst Mat Ryan was injured.

Ironically, it’s actually leading to less time on the pitch for Okonkwo right now. Given he’s joining up with the senior side, Karl Hein has been starting for the u23s. But it’s surely worth missing those u23 games for getting a taste of first-team football.

Reports suggest Okonkwo’s Arsenal contract expires at the end of the season, so the club will hope this helps to convince him to extend.