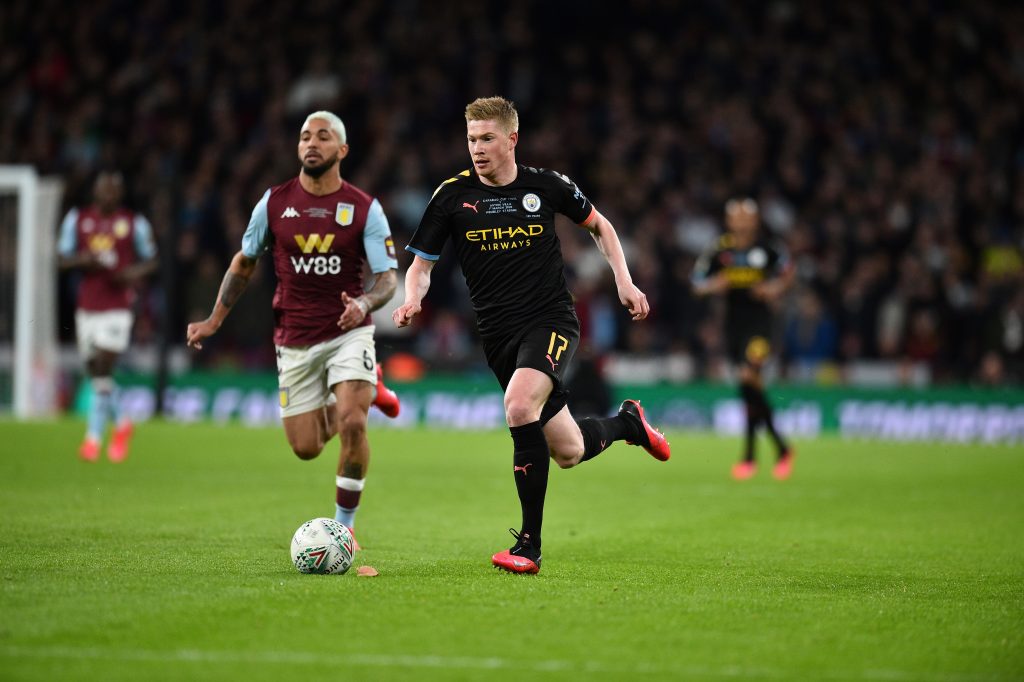 Kevin De Bruyne has returned to full training with Manchester City, just days before his team are set to face Arsenal.

Steven Mcinerney of Manchester City fan channel Esteemed Kompany writes that he understands Kevin De Bruyne is back in full training today, after missing the last month of football with a hamstring injury.

Pep Guardiola then said in his press conference that De Bruyne is “really getting better”, confirming “today he did all training with the group, with all of us”.

De Bruyne came off against Aston Villa on January 20th with the injury, and he’s been unavailable for selection since. Though just because he’s in training now, doesn’t necessarily mean he’ll be back on the pitch in competitive matches this week.

Arsenal will be watching the 29-year-old’s fitness situation closely, given they face City on Sunday at the Emirates Stadium.

Pep Guardiola’s side haven’t exactly struggled in the midfielder’s absence. They’ve won all seven games without him, but then they also won their last eight games with him. He’d begun 2021 with five goal contributions in six games.

To sum up, City are a massive threat to any team in the league with or without De Bruyne. He’s just another on the long list of problems to deal with if he’s available.