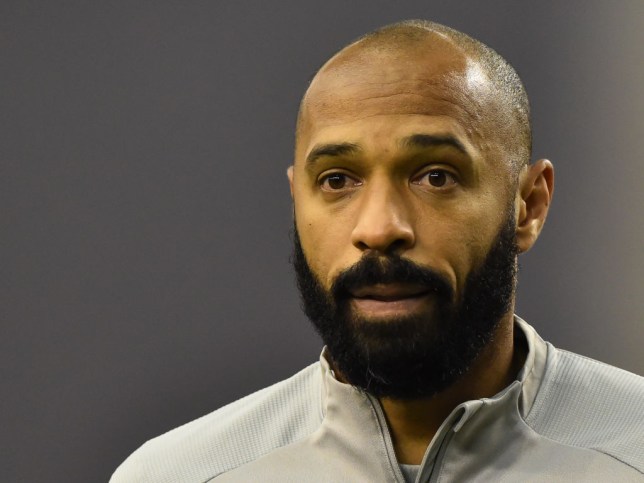 Head coach of the Montreal Impact Thierry Henry looks on after a loss against CD Olimpia during the 1st leg of the CONCACAF Champions League quarterfinal game at Olympic Stadium on March 10, 2020 in Montreal, Quebec, Canada.

Ray Parlour admitted he is ‘surprised’ to see Thierry Henry heavily linked with the vacant Bournemouth job and warned having a ‘big name player’ as a manager doesn’t always work out.

Arsenal legend Henry’s first managerial stint at Monaco didn’t work out but he has been plying his trade with CF Montreal in the MLS since November 2019.

In his first season in charge, he guided the club to the play-offs for the first time since 2016 and his side have brought in 11 new players before the 2021 season. He could be set for a return to English football, however, with Bournemouth set to hold talks with him this week.

Henry is not the only man being considered for the role, with his former Arsenal team-mate Patrick Vieira – someone Parlour believed would be a great manager – and David Wagner in contention along with current caretaker boss Jonathan Woodgate.

But the Mirror has claimed Henry will be the man to get the role. But Parlour expressed his surprise that he’s on the verge of landing the Championship job.

‘Sometimes you need that sort of opportunity. But Thierry I’m a little bit surprised that Bournemouth – I don’t know how he’s doing in Montreal, he’s there at the moment, whether it’s going well for him,’ Parlour told TalkSport.

‘Not always works out but I’m sure they’ll be looking the impact he’ll have if he does come back into Bournemouth.’

He added: ‘He was always vocal. He always had a point of view if we were struggling or if we were doing well. We always had meetings on a Monday and he’d always be having his word to say about the team and how we’re going.

‘So you always look at people like Thierry. Out of my team, Patrick probably would have been the one. He went to Nice, it obviously didn’t work out. I did [think Vieira would be the best manager]. ‘He had the presence – as much as Thierry had the presence – I just thought he had the knowledge. Football crazy, Patrick, he loved the game. So I thought he’d go into that sort of role.’