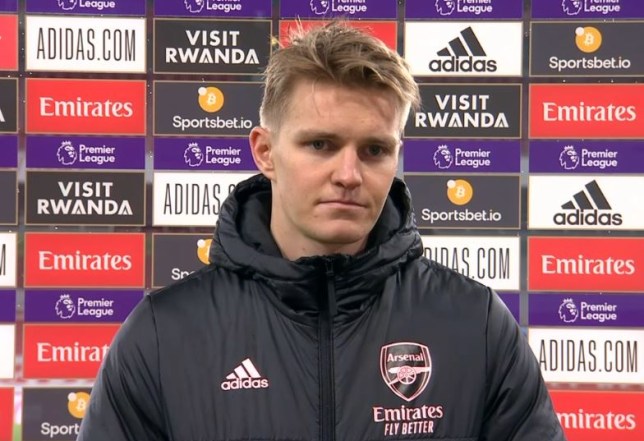 Martin Odegaard has suggested that he would be open to extending his stay at Arsenal beyond the end of this season.

The midfielder joined from Real Madrid on a temporary deal for the remainder of the campaign having struggled to secure a regular role under Zinedine Zidane.

The 22-year-old has made three appearances for Arsenal so far and was handed his first start on Sunday as Mikel Arteta’s side sealed a 4-2 victory over Leeds United at the Emirates Stadium.

After the game, Odegaard was asked about his future and the prospect of returning to Madrid this summer.

‘You never know what is going to happen,’ Odegaard told TV2. ‘But for now I am just focusing on doing my best this season and helping the team as much as possible.’

Odegaard also admitted that he has felt ‘really comfortable’ since joining Arsenal last month. ‘It’s a bit different but I think I am adapting pretty okay,’ the midfielder told Arsenal’s official website. ‘The way they took me into the team – my teammates – and how they treated me, as well as the manager and everyone in the club, they helped me since the first minute.

‘I feel really comfortable and a part of the team, so it’s been easy to come in to this team because of the way they are and the way they treated me. ‘I’m just really happy to be here and I’m proud to be a part of this team.’