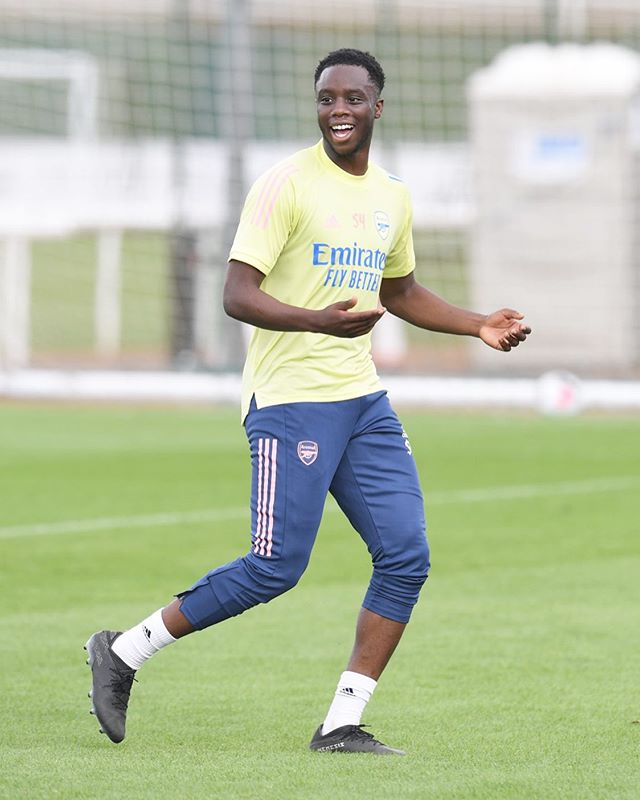 James Olayinka in training with Arsenal (Photo via Olayinka on Instagram)

20-year-old James Olayinka joined Southend United on loan at the start of the season, initially only signing on a short-term deal to January. An extension was then thrown into doubt by an ankle ligament injury in the middle of the winter window.

However, Southend made the decision to extend anyway. Olayinka then returned to Arsenal for his rehabilitation over the last few weeks.

The good news is that he’s now closing in on a return to the pitch. Speaking to the media, Mark Molesley explained that they’re expecting him back at the club by February 26th.

“James is due back here at the end of next week which is positive news,” said Molesley. “He might be able to train next Friday but it will probably be too soon for the game the next day.

“He will slowly be integrated but it’s exciting to know he’s on the cusp of coming back.”

Olayinka made 16 appearances and scored three goals from midfield in the first half of the campaign.

Southend have just about dragged themselves one point clear of the relegation zone, but the teams below have games in hand and there’s still plenty of work to do to stay up. They’ll hope Olayinka can provide a boost to keep them in League Two.