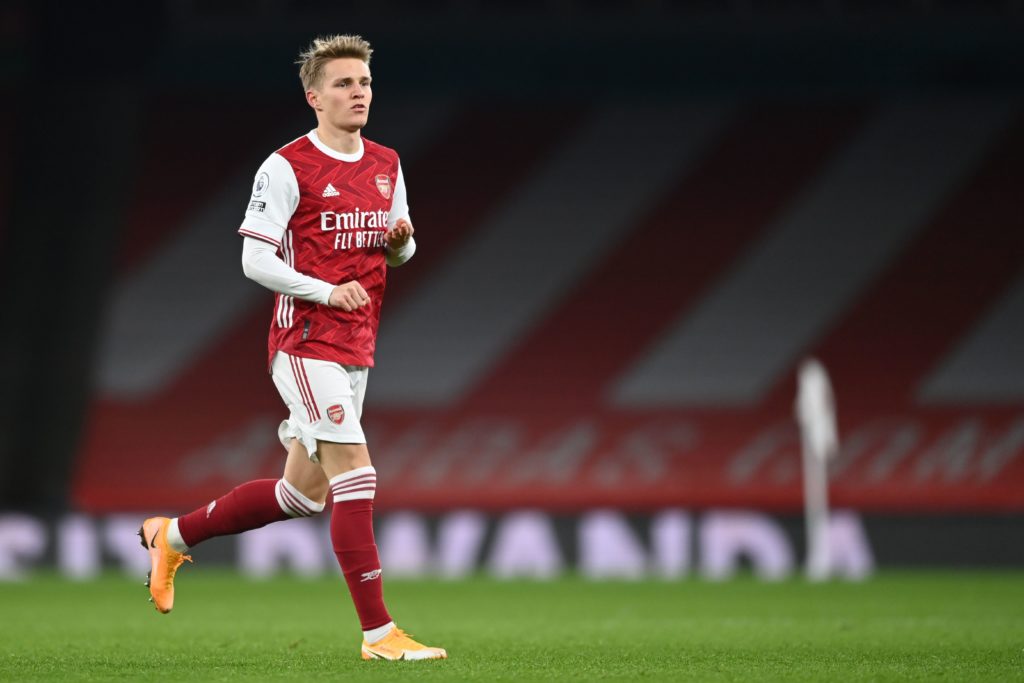 Arsenal’s Norwegian midfielder Martin Odegaard comes on as a substitute during the English Premier League football match between Arsenal and Manchester United at the Emirates Stadium in London on January 30, 2021. (Photo by Shaun Botterill / POOL / AFP)

Martin Odegaard wants to hold a one-on-one meeting with Zinedine Zidane about his future before making any decisions this summer.

DefensaCentral report that Martin Odegaard wants to hold a face-to-face meeting with Zinedine Zidane to decide his future. He hasn’t ruled out returning to Arsenal, possibly on loan again, so he wants to establish what his role would be at Real Madrid.

Real aren’t considering selling the 22-year-old, though another loan move isn’t completely off the table.

Their number-one option is for Odegaard to remain in Madrid next season. But Zidane’s continuing presence as manager benefits Arsenal more than it does Real.

It’s clear the French coach doesn’t have the strongest relationship with Odegaard, and didn’t trust him to give him regular minutes this season.

As a result, reports from ABC that the club plan to keep Zidane on for another season boost Arsenal’s chances of getting Odegaard back.

Arsenal have achieved positive team results since bringing Odegaard into the side. In his four starts so far they’ve won two, drawn one, and lost one to Manchester City. They also comfortably beat Leicester City in his 48-minute appearance on Sunday.

The midfielder is likely to make further starts in the coming weeks, particularly with Emile Smith Rowe’s latest injury.

If he impresses, it’s only going to draw further attention from both the Arsenal and Real Madrid hierarchies.