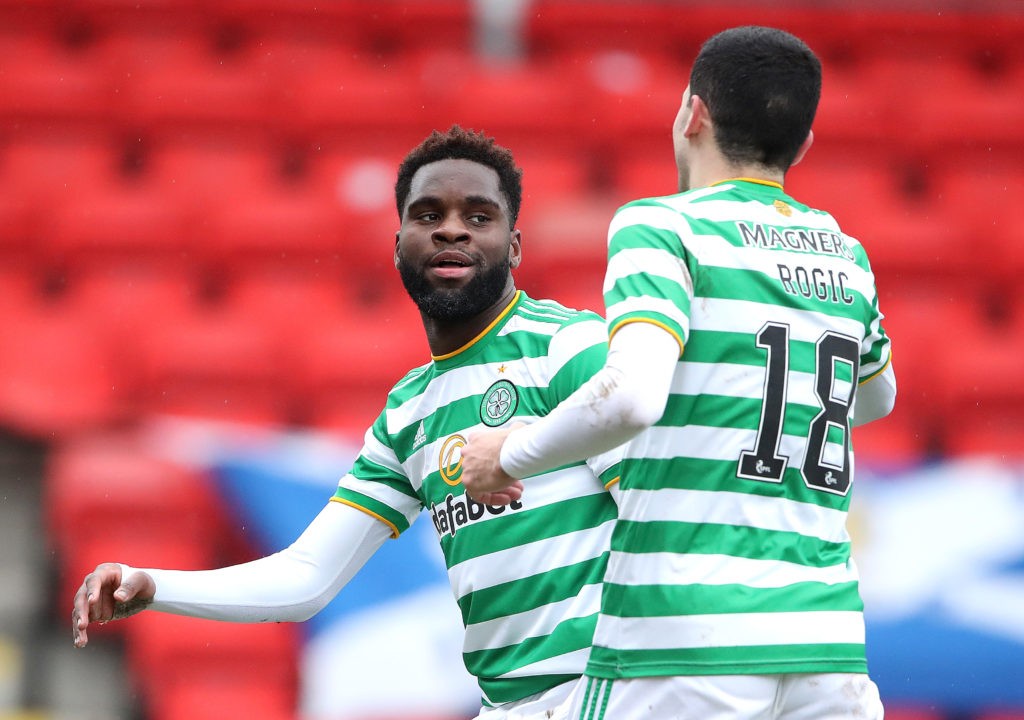 Leicester City are close to agreeing a £15m deal to sign reported Arsenal target Odsonne Edouard from Celtic, according to a report.

The Daily Mail report that Odsonne Edouard is set for a reunion with former Celtic boss Brendan Rodgers at Leicester City, with the Foxes believing they’ve won the race for his signature.

The player has reportedly indicated he wants the move, and a deal for around £15m is close to being agreed – although it’s set to contain a sizeable sell-on clause. Rodgers sees Edouard as the long-term replacement for Jamie Vardy.

Recent reports suggested Arsenal were also in the race for Edouard. The Daily Mail confirm that the Gunners were one of the sides courting him, but insist that Leicester will be his next destination.

Edouard is having another prolific season up front for Celtic. He’s scored 20 goals in all competitions with another four assists as well. He’s on a particularly strong run in 2021, scoring nine in 10 games.