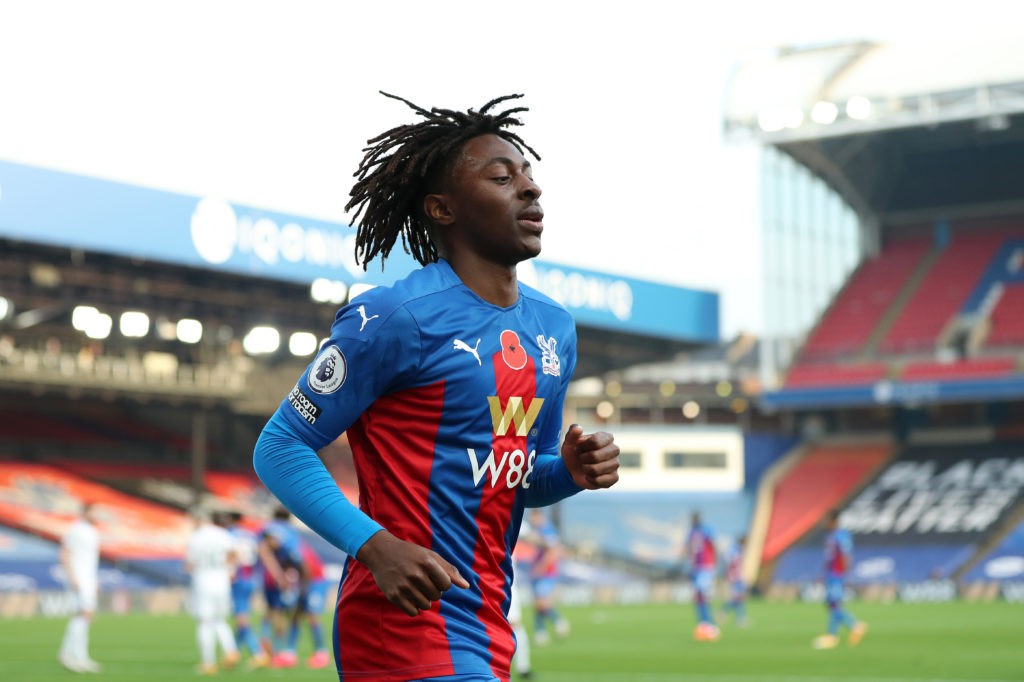 LONDON, ENGLAND: Eberechi Eze of Crystal Palace in action during the Premier League match between Crystal Palace and Leeds United at Selhurst Park on November 07, 2020. (Photo by Naomi Baker/Getty Images)

Eberechi Eze admits he cried with his mum after Arsenal released him as a youngster but he’s grateful for the journey it set him on.

Currently a regular starter at Premier League club Crystal Palace, Eberechi Eze had a bit of a journey to get there. He spent time with Arsenal much earlier on in his career, but the Gunners let him go, which was an emotional and formative moment for the youngster.

“I got scouted by a few clubs and that’s when I first went to Arsenal,” Eze said. “At a young age, it was hard, especially being released. Me and my mum cried, everyone was so upset – that’s all you know at that age.

“But looking back at it now, that’s the start of my journey and I’m grateful to God that’s how it went.”

After Arsenal, Eze spent time with Fulham, Reading, Millwall, eventually landing at QPR where he made his breakthrough and earned a Premier League move to Crystal Palace in the summer of 2020 for £16m.

Evidently, Arsenal weren’t the only ones to let Eze slip through their grasp. It’s fairly common for players to come and go in the younger age groups, and often it’s how they respond to those setbacks that determines whether they make it.

Plenty will be released by Arsenal and drop off the footballing grid completely, some will double down on their efforts and end up playing Premier League football.

In Eze’s case, he was clearly up to the challenge.