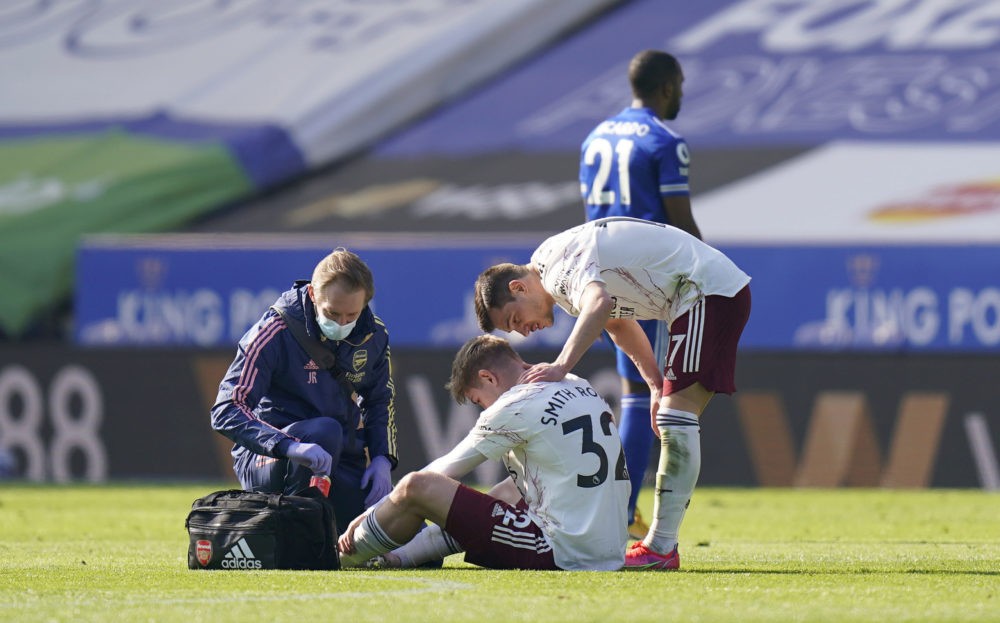 Three players had to be taken off injured during Arsenal’s game at Leicester.

Leicester’s Harvey Barnes looks like his might be the most serious, with knee surgery required and a minimum of six weeks on the sidelines ahead of him.

But the Foxes also lost Johnny Evans while Arsenal had to replace Emile Smith Rowe, who picked up a calf problem.

“It’s absolutely normal that it is happening,” said Arteta after the game when asked about the injuries.

“It is insane – the amount of minutes and the games that these players are playing without any pre-season, without any break.

“You are going to get injuries. We talked about it, all the managers raised our voices at the start of the season and [now] it’s happening.

“This is why we needed to change players [vs Leicester], because if not we were going to expose our players to injuries,’ Arteta added. “But sometimes you don’t have a chance as a manager [to do that] because you don’t have enough players or you have the necessity to win and play them again.”

In terms of numbers of players out injured, Arsenal have actually fared better this season than in recent ones. This season, rather than leading the way when it comes to the number of players they have out injured, the Gunners are leaving it to the likes of Liverpool (8) who, before this season, have enjoyed quite a few seasons where injuries have been relatively kind to them.

A number of years back, I started tracking injuries across the league to show that Arsenal were indeed suffering more injuries than other sides.

I don’t think I remember seeing a time when so many teams had so many players out injured. Eight teams currently have six or more players out.

That Arsenal only have one is the real miracle here.