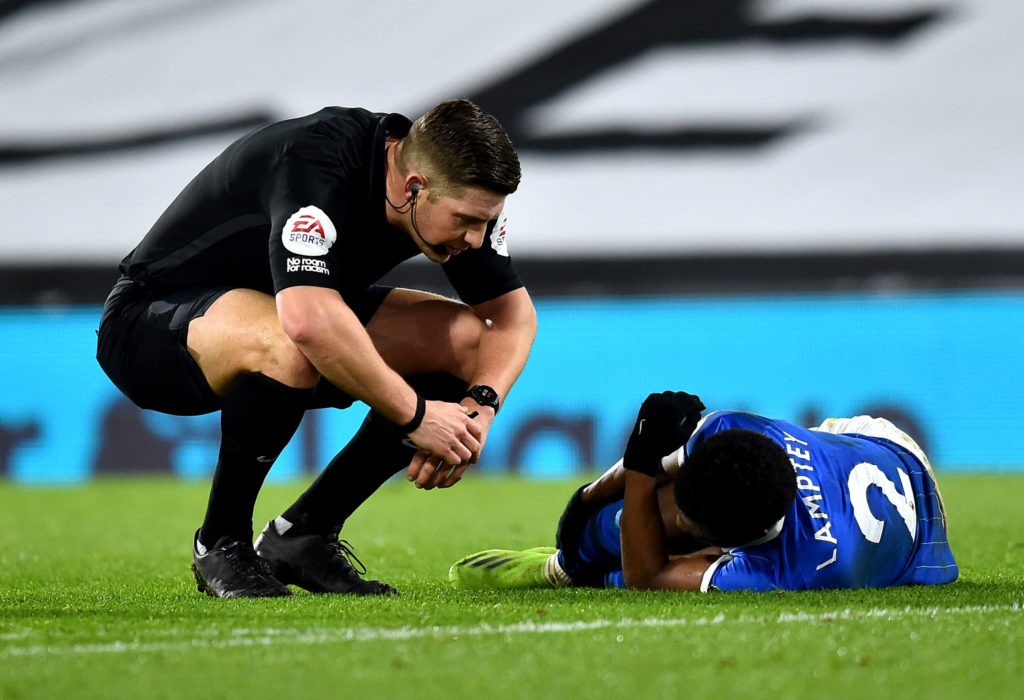 Arsenal-linked Brighton right-back Tariq Lamptey is out for the remainder of the season after surgery at the weekend on his hamstring injury.

David Ornstein reports for The Athletic that Tariq Lamptey has been ruled out for the rest of the campaign after surgery on a hamstring injury. He had an operating to fix a tear to the tendon over the weekend.

Though the procedure was reportedly successful, it means Lamptey’s best hope for the remainder of the campaign is a return to training, not to matches.

It’s possible this could affect Arsenal’s summer business. As things stand, it seems like Hector Bellerin could be on the way out, with Lamptey one of the leading contenders to replace him.

CBS Sports recently reported that Arsenal are interested in both Lamptey and Norwich City’s Max Aarons this summer, despite Lamptey’s new contract with Brighton.

The new deal didn’t put them off, but five months out with a hamstring injury might affect Arsenal’s interest in the 20-year-old. He’s still a good talent with a bright future, but protracted absences are always cause for concern.

Maybe this will be the only serious hamstring problem Lamptey will ever encounter, or maybe he’ll end up seeing the issue return every season.

Arsenal have experienced the latter with players like Aaron Ramsey – who had six hamstring injuries in his last five seasons with the club. It’s something to think about as they make their summer plans.