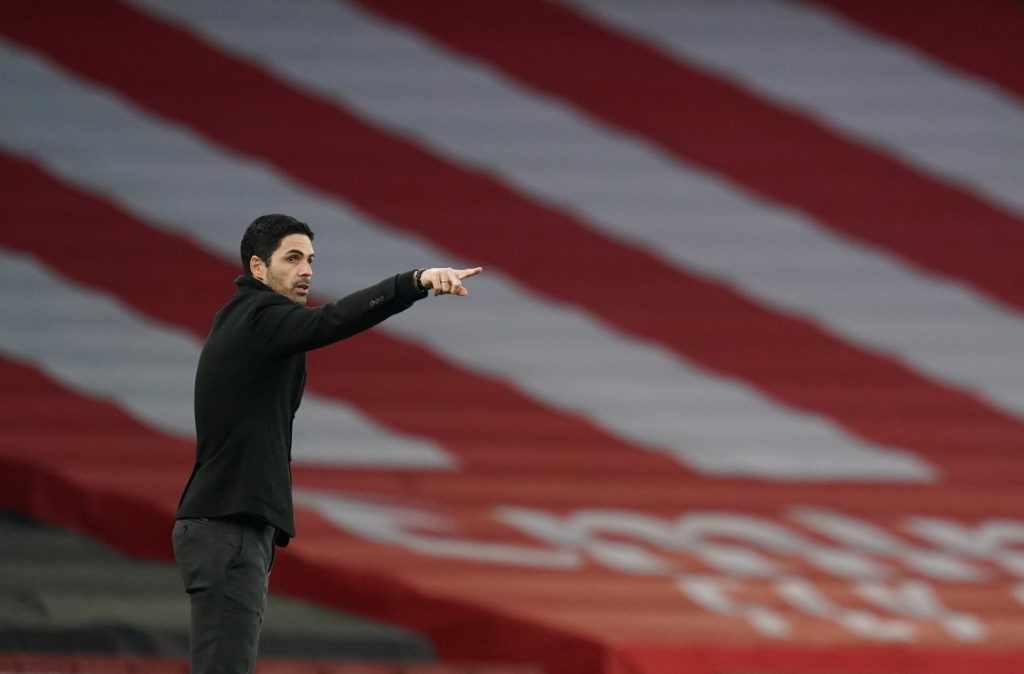 After a frustrating draw away to Burnley at the weekend, let’s take a look at our Arsenal predicted lineup to face Olympiacos in the Europa League.

Dropping points in the Premier League again on Saturday just adds to the importance of the Europa League for Arsenal.

Mikel Arteta knows all too well what can happen if his side don’t perform against Olympiacos, so he’ll want them to come out strong in the first leg away from home. Here’s our predicted lineup for the clash.

It’s going to be Bernd Leno again, as usual. Runar Alex Runarsson is back from injury but ineligible for the Europa League knockout stages, so Mat Ryan will make the bench, and Karl Hein will probably join him as the emergency third-choice goalkeeper.

It’s not beyond the realms of possibility we see the same centre-back pairing that started against Burnley. Pablo Mari played very well, so he’s arguably earned his place in the starting lineup at the moment alongside David Luiz.

It’s slightly harsh on Gabriel, but it’s not meant to be an indictment of his performances, nor Rob Holding’s. Mari and Luiz just look like the in-form pairing right now.

Kieran Tierney has to start at left-back, and Hector Bellerin will probably come back in at right back. Cedric Soares is a very possible alternative, but Bellerin’s inclusion in Saturday’s squad over Cedric suggests he still has priority.

Calum Chambers played well enough against Burnley, but it was only his second start of the season and it seems unlikely he features in the starting lineup for such a big game.

Until Arsenal tell us otherwise, we have to assume Emile Smith Rowe won’t be available for this one. The club haven’t put an official timeframe on his return, so it’s guesswork either way.

That would mean another start for Martin Odegaard at 10, with Granit Xhaka and Thomas Partey likely to reprise their roles from Saturday’s draw behind him. Other than Xhaka’s poor error (which can’t be ignored), the midfield performed well.

Dani Ceballos is the primary candidate to come in if Xhaka or Partey drop out, but his last Europa League appearance involved helping Benfica score two goals. So he’s no less risky than Xhaka and will probably remain on the bench.

Bukayo Saka and Pierre-Emerick Aubameyang have to start, as they’re proving Arsenal’s biggest threats at the moment. Nicolas Pepe should also come in, looking dangerous in his last couple of appearances against Leicester City and Burnley.

The big question is which way around the two wingers will start. On Saturday, Pepe came on and played on the right, with Saka shifting to the left. But they’ve also had success playing the other way around, so it could go either way.

Given Saka’s importance to the team right now and the fact he’s seemingly at his best on the right, that will probably sway Arteta’s decision that way.

Willian, Alexandre Lacazette, and Gabriel Martinelli should all make the squad, and perhaps Eddie Nketiah will get in as well given the extra spaces available. Willian or Lacazette could start, but I wouldn’t recommend them over the alternatives. 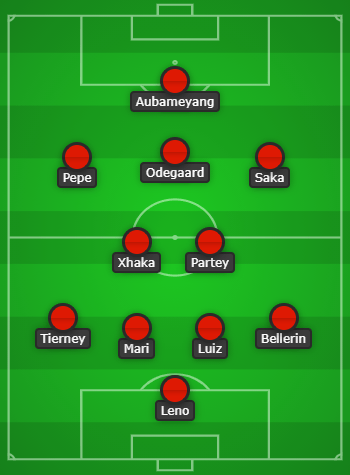