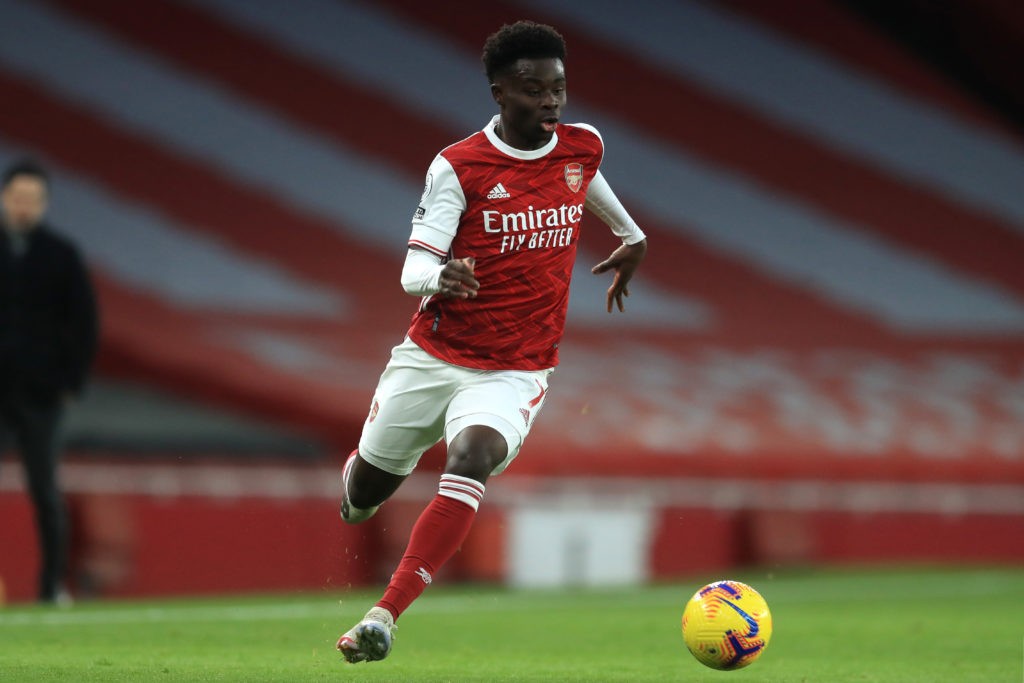 LONDON, ENGLAND: Bukayo Saka of Arsenal runs with the ball during the Premier League match between Arsenal and Leeds United at Emirates Stadium on February 14, 2021. (Photo by Adam Davy – Pool/Getty Images)

Bukayo Saka has the highest ‘capital experience’ of any player in his age group, according to a report from the CIES Football Observatory.

The CIES Football Observatory have analysed the most promising young players worldwide in terms of their domestic league minutes, weighted by the sporting level of their teams of employment against the global average.

To put it simply, they’re judging which young players have the most experience with the best clubs.

For 2001-born players, Bukayo Saka tops the list. He has a 17-point lead (83 points vs 66) over second-placed Mason Greenwood of Manchester United, with Benoit Badiashile of AS Monaco completing the top three.

The only other players from the English top-flight are Curtis Jones of Liverpool (ninth) and Eric Garcia of Manchester City (24th).

The age group above Saka’s is packed full of world-class talents. The top three is composed of Jadon Sancho, Alphonso Davies, and Erling Haaland. If Saka could get near to their level next season, he’d be a huge success.

For now, it’s just good to see the youngster getting some more recognition for what has been a fantastic couple of years with the first team on an individual basis.