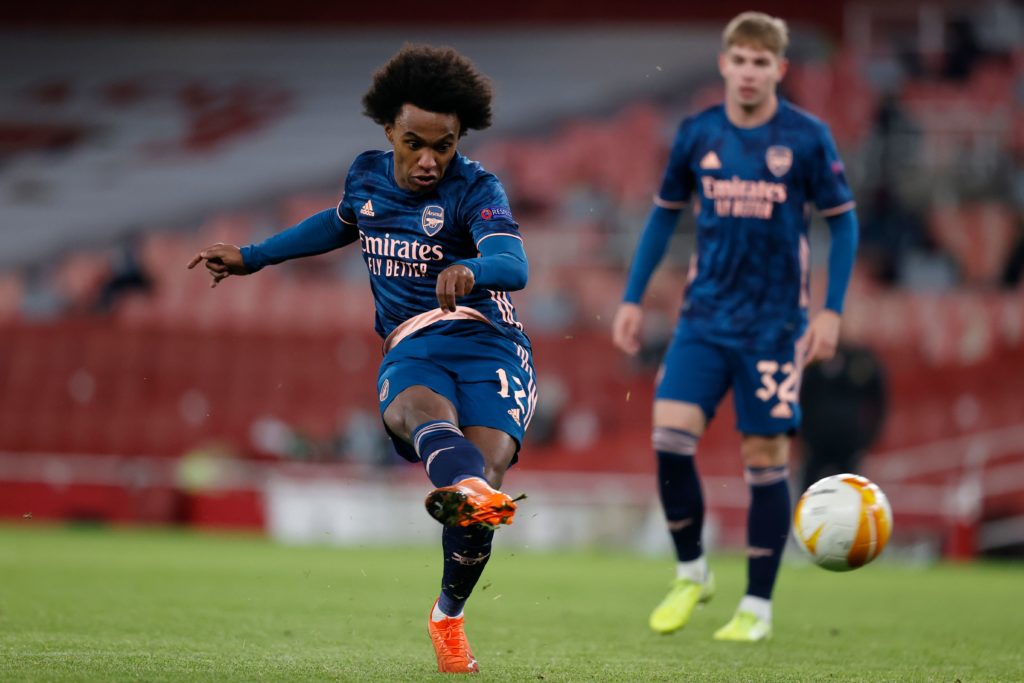 Willian has reiterated that he wanted to stay at Chelsea last summer, only deciding to leave when they wouldn’t offer a three-year deal.

Arsenal summer signing Willian hasn’t had a particularly successful adaptation period in North London so far. Other than his debut performance against Fulham, he’s had very few moments to shout about since making the switch from Chelsea.

Thursday’s comeback win over Benfica was a rare positive, with Willian coming off the bench to assist Kieran Tierney’s equaliser. Yet he’s gone and ruined any goodwill he may have earned by doing another interview about how he wanted to stay at Chelsea.

“It was difficult to make that decision,” Willian said. “Because… the rivalry between the two clubs is very big. It was well thought out… talking to my wife and even the agent many times.

“‘I didn’t leave the club with a fight, I left the doors open. Everyone knew the conditions, I really wanted to stay.

“We ended up not finding an agreement, I ended up asking for three years, Chelsea wanted to give two, and everyone knows this story. That’s why I ended up leaving.”

In fairness, it’s true that we did already know this story. Before Willian even joined, all the reports made it clear that he was willing to sign with Chelsea if they offered him a three-year contract, but they didn’t and Arsenal did.

It’s just probably not the best time to be bringing that back up again.

Until he’s scoring and assisting a bit more often in an Arsenal shirt, it’s probably better for Willian to answer any questions about the transfer with the usual lines about focusing on his new club, avoiding getting into why he left his old one.