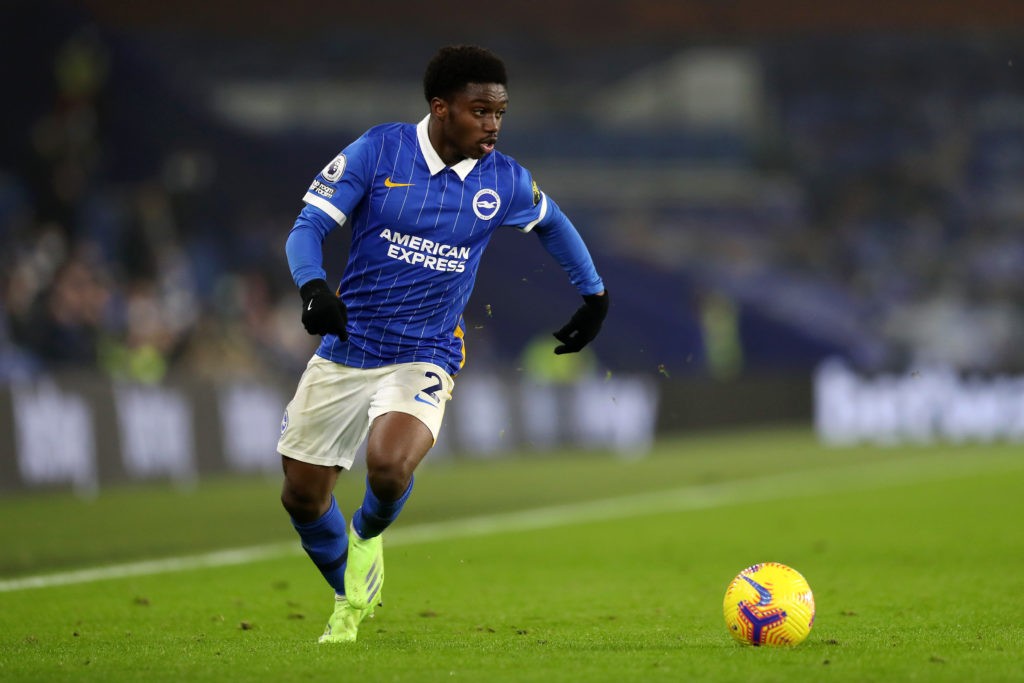 Fabrizio Romano is the latest source to link Arsenal with a summer move for Tariq Lamptey, as speculation surrounding an exit for Hector Bellerin grows.

Fabrizio Romano reports on the Here We Go Podcast that Arsenal are monitoring Tariq Lamptey, and a transfer for the Brighton right-back is a possibility.

“For sure, next summer, can happen something big for him,” Romano said. “Arsenal are looking at him as a possible option at right-back. Keep an eye on Arsenal because they are among the clubs interested in Lamptey.”

The rumours continue to grow surrounding a potential summer departure for Hector Bellerin. Reports suggest he’s eager to move on in the upcoming window, with at least three or four top European clubs after him.

Mikel Arteta also apparently told the right-back last summer that they’d consider an exit for him if he stayed one more season.

As a result, Arsenal are in the market for a replacement. CBS Sports recently reported that Arsenal are interested in both Lamptey and Norwich City’s Max Aarons this summer.

Lamptey recently signed a new contract with Brighton, but The Athletic reported at the time that it was unlikely to discourage his suitors. Arsenal remain interested and the new deal isn’t even expected to lead to a significant price hike.