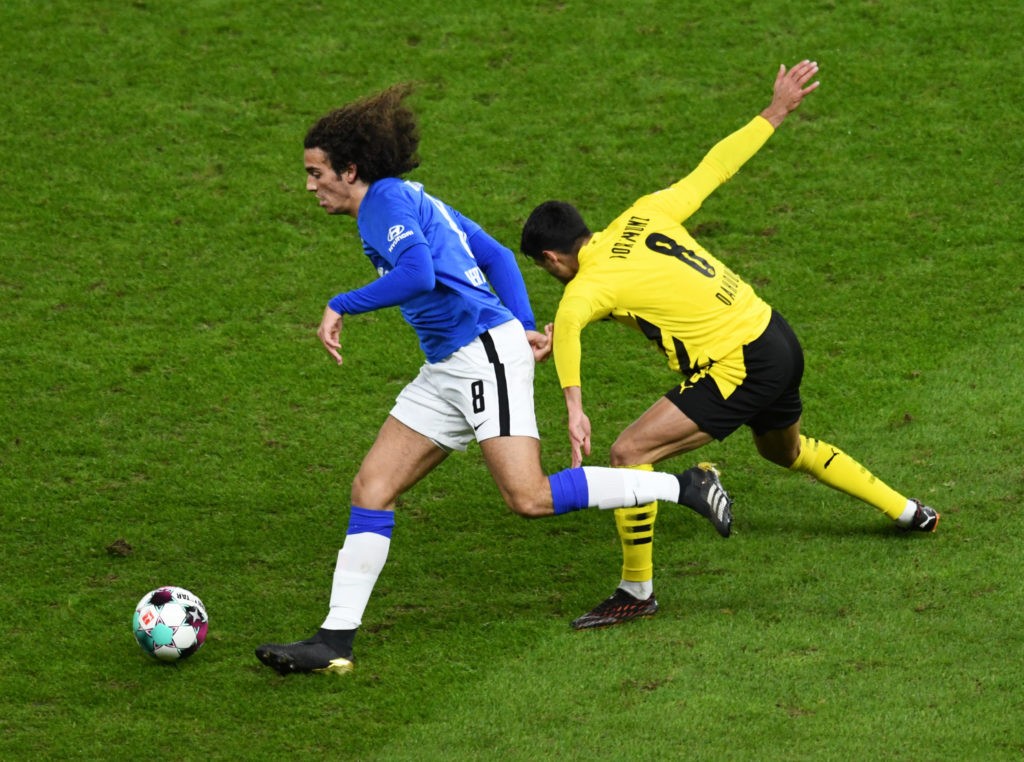 Matteo Guendouzi claims his Arsenal story isn’t over just yet, but this summer will be decisive for his future with the club.

After being made captain of the France u21s recently, Matteo Guendouzi spoke to France Football about his career and his relationship with Arsenal.

As we all know, things didn’t go smoothly last summer, with Guendouzi’s refusal to apologise for an on-field outburst leading to an exclusion from the Arsenal squad, followed by a loan to Hertha BSC.

The young midfielder claims that doesn’t have to be the end for his time with Arsenal.

“No (my Arsenal story isn’t over), not at all,” Guendouzi said (via GFFN). “Now, I am focused on my season with Hertha Berlin. Next, we will have a sit down with my entourage and people at the club to think and discuss the future.

“I am still an Arsenal player. This summer will be a decisive moment. I belong to Arsenal for another year (until June 2022).

“From the moment that I am playing for Arsenal, I will give everything for this club, for the fans, for the team, for the staff. I will work hard for the shirt as I have always done.”

Guendouzi hasn’t had much luck with his loan spell recently. He’s currently out with an injury, but that’s just the latest in a series of small setbacks.

First, Hertha replaced their manager, Bruno Labbadia. Labbadia brought Guendouzi to the club and picked him regularly, so that will have been disappointing. Pál Dárdai took the job and doesn’t seem quite as keen to start him.

Sami Khedira joined the club permanently in January, to provide competition in midfield. After that, Guendouzi drew criticism over his maturity from Dárdai, making a couple of mistakes in a recent defeat. Then he picked up that injury.

But at least Guendouzi’s not publicly burning bridges with Arsenal. These latest quotes do little to add to the fiery debate around the club’s treatment of him, which is how it should be. Let’s just get back to focusing on football and see where we are in the summer.