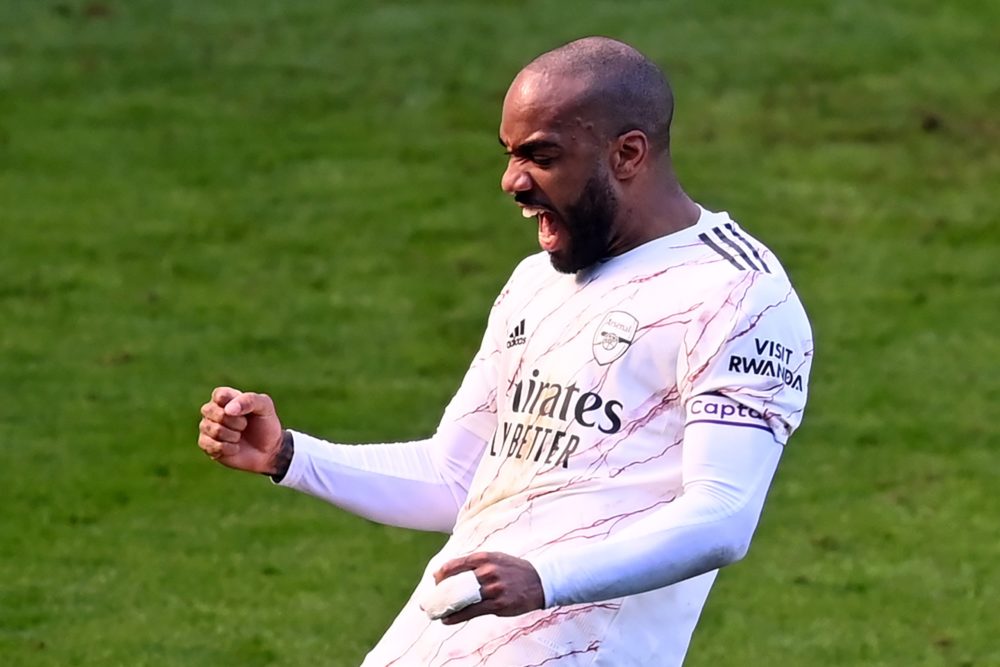 Arsenal have reportedly offered Alexandre Lacazette to Barcelona ahead of a summer move as the Arsenal man’s contract heads towards its final year final year.

Alexandre Lacazette has been linked with an Arsenal exit pretty much since the minute he signed for the club in 2017 but, with only one year left on his Arsenal contract this summer, it looks very much like the club plan to cash in on him.

A return to Lyon has been mooted, as has a move to Roma who tried to sign him last summer but offered an amount Arsenal weren’t happy with, so he stayed.

Le10Sport in France, admittedly not the most reliable but who seem to be getting their information from the ‘Catalan press,’ report that, “The face of FC Barcelona should change a lot next season. The future of Lionel Messi is indeed not yet known, while he is linked with a departure to PSG or Manchester City.

“The new president Joan Laporta also seems to want to go hard in the transfer window. The Catalan press speak of Erling Haaland of Borussia Dortmund, but also of Kylian Mbappé of PSG.

“More recently, CM.com announced that Barca have been offered the services of Alexandre Lacazette, who would like to leave Arsenal at the end of the season.”

They go on to note that “In London, Mikel Arteta proclaims loud and clear that he wants to keep the Frenchman,” but Arteta has been saying that since he arrived and Lacazette has still not been offered a new contract.

Lacazette is currently valued at around £31.5m four years on from his £47.7m move to Arsenal. He hasn’t started a single game since the match against Manchester United on 30 January and has started 21 of the 32 games he has played in for Arsenal this season.