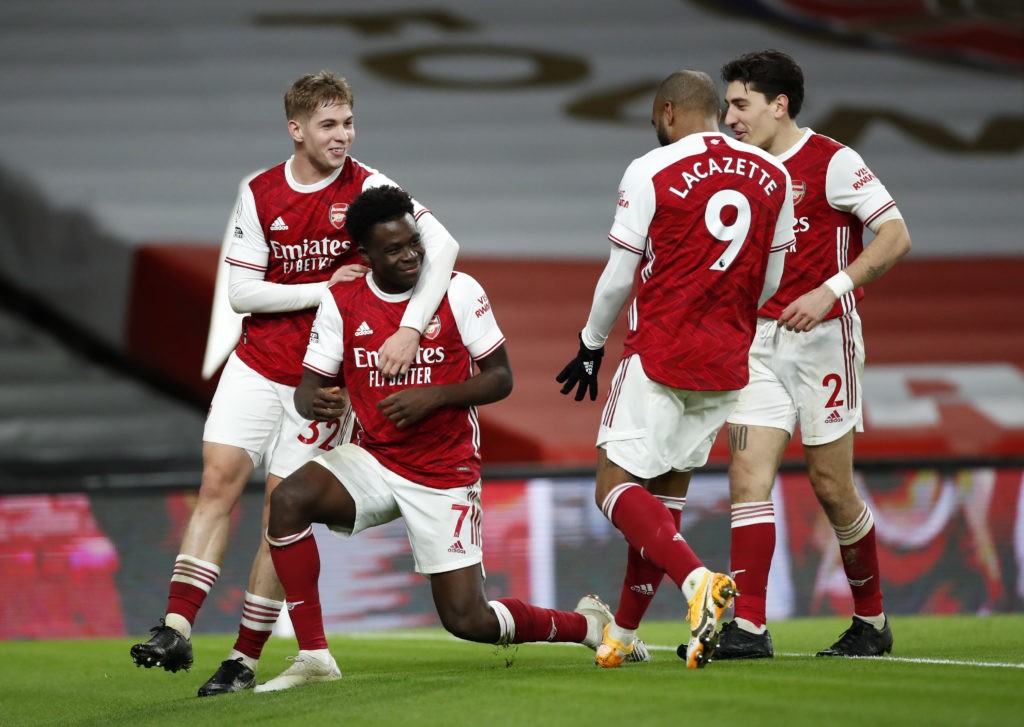 LONDON, ENGLAND – DECEMBER 26: Bukayo Saka of Arsenal celebrates with teammates Emile Smith Rowe, Alexandre Lacazette, and Hector Bellerin after scoring his team’s third goal during the Premier League match between Arsenal and Chelsea at Emirates Stadium on December 26, 2020 in London, England. The match will be played without fans, behind closed doors as a Covid-19 precaution. (Photo by Andrew Boyers – Pool/Getty Images)

Bukayo Saka and Emile Smith Rowe have received nominations from the London Football Awards for Young Player of the Year.

The London Football Awards announced their nominees for Young Player of the Year on Wednesday, with Bukayo Saka and Emile Smith Rowe making the shortlist along with Mason Mount, Reece James, and Declan Rice.

It’s deserved recognition for the Arsenal pair, after such consistently strong performances since the Boxing Day win over Chelsea.

You’d imagine Saka has the better chance of actually winning the award, given he was also a key member of the side before that Boxing Day game. Smith Rowe only fully broke into Mikel Arteta’s plans afterwards, so he’s only had a few months to show his class.

Saka has won three consecutive Arsenal Player of the Month awards, proving vital to any success the team have had.

Declan Rice is probably the most deserving of the three non-Arsenal candidates. He hasn’t missed a minute of football as West Ham have surprised everyone by competing for a European place.

We won’t know the results until the 27th April, which is when the actual event takes place.