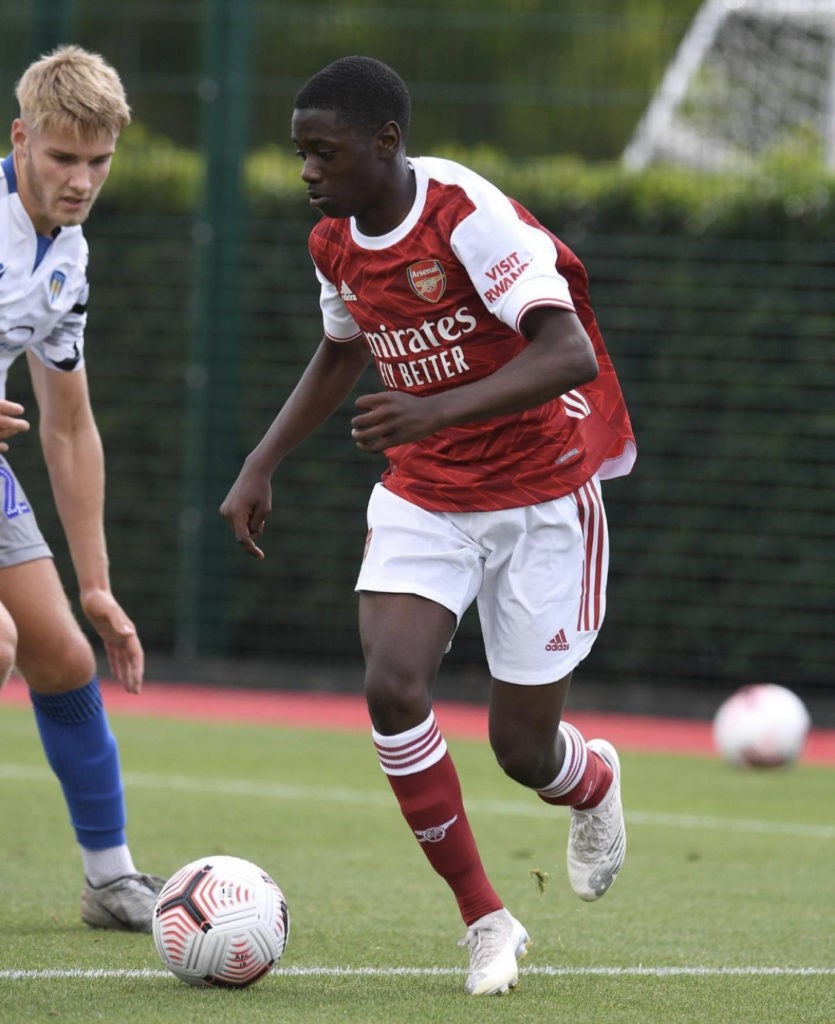 The Arsenal u18s drew 0-0 with Aston Villa on Tuesday, with Charles Sagoe Jr making his debut at this level as a substitute.

Despite the scoreline, there were plenty of chances for both Arsenal and Aston Villa in their match at Bodymoor Heath Training Ground on Tuesday.

The two teams each made it into double figures for attempts, though few were on target. Nevertheless, Ovie Ejeheri had four saves to make as he kept a clean sheet on his return to the Arsenal lineup.

The clean sheet is certainly a boost for the u18s, who only had one in their previous six games. But it’s now two games without a goal for the side, and three without a win, leaving them 7th of 13 teams in the u18 PL South.

But if we’re looking at the positives, one of them was that 16-year-old winger Charles Sagoe Jr got the chance to make his debut at this level.

The youngster has been in and out of the squad since October, waiting to get his chance to make an appearance, and he finally got that opportunity in the final 15 minutes against Villa.

As pointed out in the Arsenal Youth report on the game, there were a few players missing from the squad for non-injury-related reasons. Levi Laing, Jason Sraha, Luke Plange, and Alex Kovacevic were all left out, with reports linking most of them with moves away on the expiry of their contracts this summer.

Plange has been on trial with QPR, Laing with West Ham United, and Sraha is also reportedly on the verge of release amid his struggles to stay fit. Kovacevic’s situation is less clear, he may just have been left out because the squad already had two goalkeepers available.