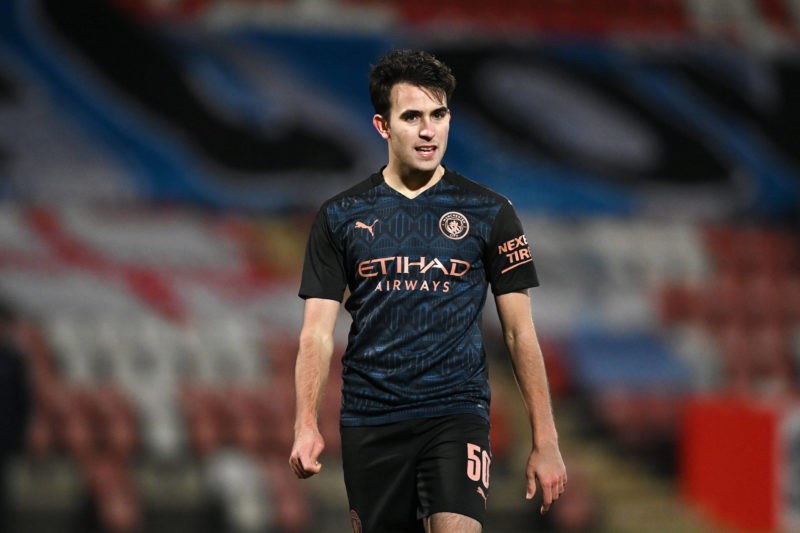 Arsenal have reportedly contacted Manchester City’s Eric Garcia about moving to the Emirates on a free transfer even though the talented youngster seems to have his heart set on a move to Barcelona.

For those who aren’t aware, 19-year-old Manchester City defender Eric Garcia is in the final six months of his contract with the club, and currently looks very unlikely to agree to an extension. As a result, he’s available for free this summer.

TheAFCBell reported in December that Arsenal were considering Garcia, as Mikel Arteta is a fan and it’s a low-risk deal on a free transfer. The same outlet added that the club would face ‘fierce’ competition from Barcelona.

So it proved, with Fabrizio Romano confirming reports that Garcia will play for Barcelona next year. They apparently have an agreement with him on a five-year contract.

Arsenal, however, smell an opportunity.

Barcelona are experiencing some financial issues which could put a massive spanner in their transfer plans this summer and reports from Spain think that Mikel Arteta could be a lure to Arsenal.

Of course, all of this depends on Barcelona backing out of the deal and not factoring in the rumour that PSG are now considering making a move in light of the problems in Spain.

All-in-all, it still seems like an incredibly unlikely transfer.