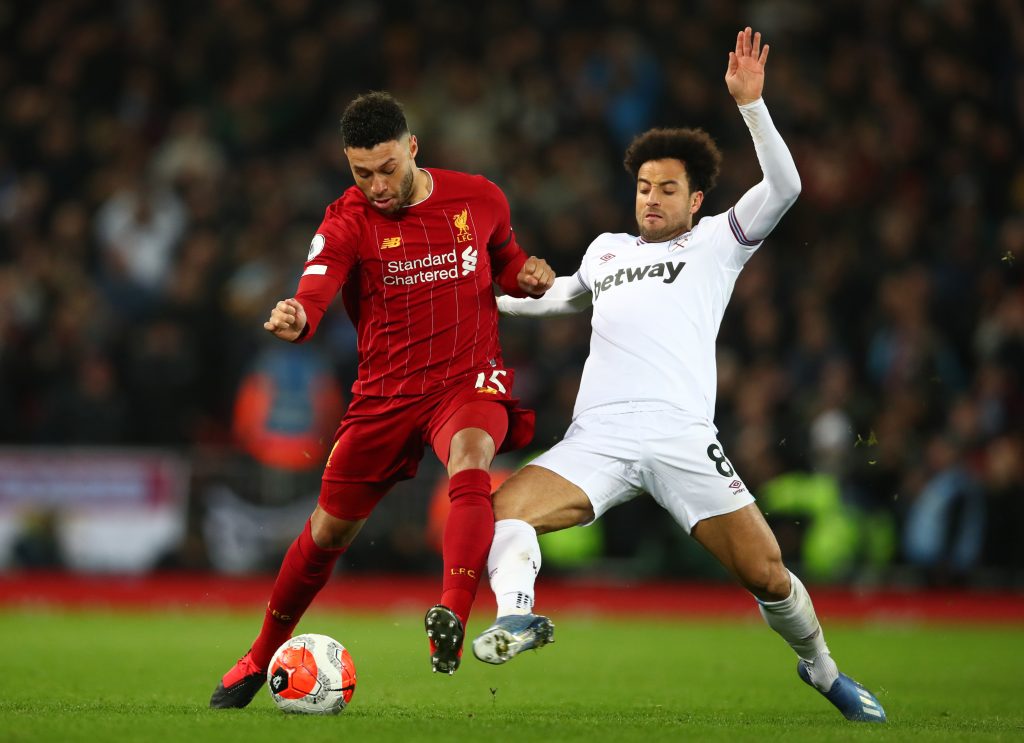 Liverpool are considering selling Alex Oxlade-Chamberlain to raise funds for their summer transfer business, according to a report.

Kevin Palmer of the Sunday World reports that the Liverpool hierarchy are planning to do everything they can to keep Mohamed Salah at the club this summer, but that means trying to raise funds by selling others.

Among the shortlist of players up for sale is former Gunner Alex Oxlade-Chamberlain, three-and-a-half years after he joined from Arsenal.

Even a bitter Arsenal fan would find it difficult to deny that Oxlade-Chamberlain has reaped the rewards of Liverpool’s trophy successes, adding one Premier League, Champions League, and Club World Cup medal to his cabinet.

At the same time, he isn’t a regular starter, he doesn’t seem to have developed his game since leaving, and Liverpool haven’t seen value for the £35m they spent on him.

This season, the 27-year-old is only up to two starts in all competitions, despite being fit and in the squad for 24 games. Both starts were in 1-0 defeats.

So he’s added to his medal count, but it still looks like a very good sale by Arsenal. Liverpool will just be looking to limit their losses now.