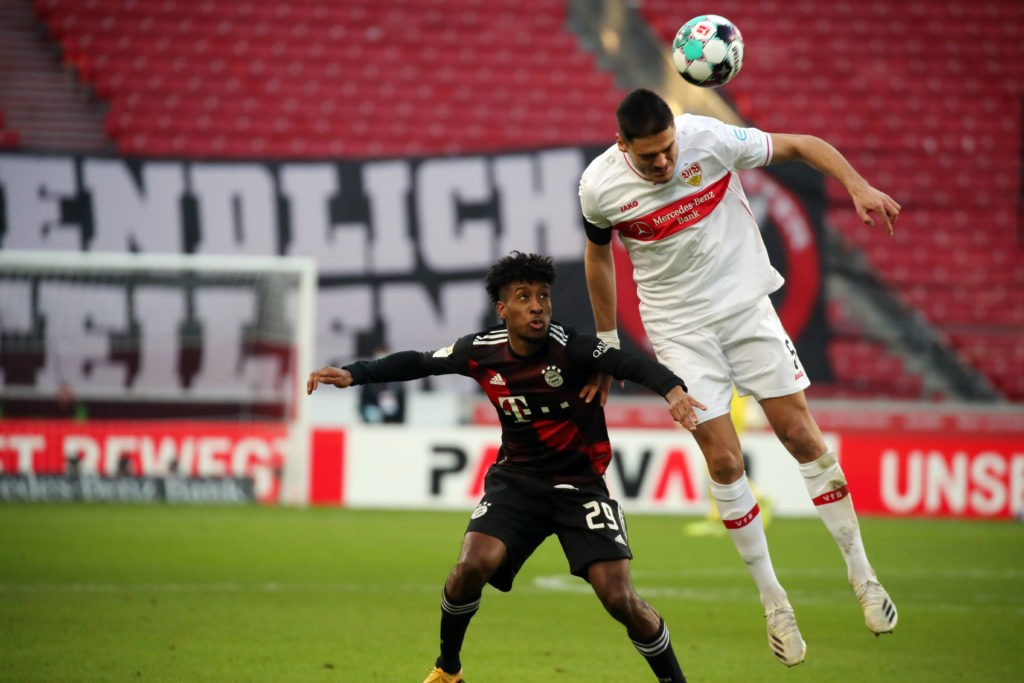 Recent reports suggested that VfB Stuttgart have been impressed with Konstantinos Mavropanos during his loan spell so far, and they’re keen to extend the loan if possible. Sporting Director Sven Mislintat has now confirmed as much, speaking to The Athletic.

“We would like to keep him on loan one more season, if possible,” Mislintat admitted. “But that will be down to Arsenal.

“He has all the hardware and all the software to be a great defender. He has been unfortunate, he’s got a lot of injuries. A pubic bone inflammation kept him out more or less for one and a half years. The moment we thought we could play him, he tore his meniscus.

“It’s important for us to get him fully match fit. If he can stabilise physically, he’s undoubtedly a Bundesliga-level defender. He’s one of the fastest centre-backs in the league alongside Dayot Upamecano.

“A super guy, a model professional. You have to admire his energy, all the strength it took to get over his injuries. We’re super happy that he’s been a regular starter in recent weeks.”

You have to say this isn’t exactly surprising to hear. For a start, Mavropanos has just received a nomination for Bundesliga Rookie of the Month. His strong performances are gaining recognition from a wider audience than just within his current club.

There’s also the fact that Mislintat was the one to bring Mavropanos to Arsenal, then Stuttgart, so it would be more of a shock if he suddenly turned around and said he didn’t want the centre-back to return.

Still, it’s an endorsement of the player that even when he’s had a few injury problems this season, that hasn’t dulled his loan club’s desire to keep him. If he can stay fit and keep impressing, maybe Arsenal won’t even give them that option.