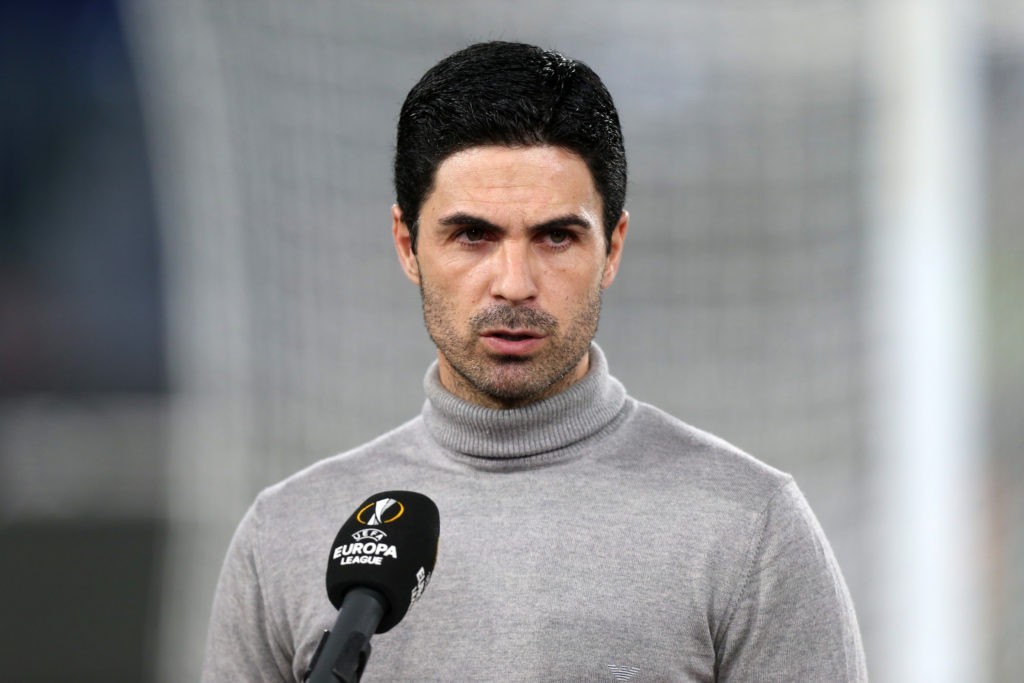 ROME, ITALY – FEBRUARY 18: Mikel Arteta, Manager of Arsenal looks on ahead of the UEFA Europa League Round of 32 match between SL Benfica and Arsenal FC at Stadio Olimpico on February 18, 2021 in Rome, Italy. SL Benfica face Arsenal FC at a neutral venue in Rome behind closed doors after Portugal imposed a ban on travellers arriving from the UK in an effort to prevent the spread of Covid-19 variants. (Photo by Paolo Bruno/Getty Images)

The good news is that there are no new injury problems for the Arsenal squad following their Europa League Round-of-16 tie. However, there were a couple of existing concerns before the game.

Bukayo Saka picked up a hamstring problem during the North London derby, and he was absent from the squad to face Olympiacos. Meanwhile, Willian was also a last-minute absentee with a tight calf.

Mikel Arteta confirmed that no one was having any problems after the Olympiacos clash, before admitting they don’t know yet whether Saka will be available for West Ham.

“Everybody was fine after the game [against Olympiacos], we will assess them this morning,” Arteta said. “Regarding [Bukayo Saka], in the next two days, we will know if he is available to play against West Ham and after that, we will make the decision on what to do.”

Arteta didn’t give a specific update on Willian, but the Evening Standard list him as ‘a doubt’ for the clash.

Though it’s a worry to potentially miss out on Saka for Sunday’s match against a team having a strong season, the suggestion seems to be that he won’t remain absent for long.

The fact the youngster is even in contention for Sunday suggests he should be back by the time the international break is over. If not sooner, considering he received an England call-up on Thursday.