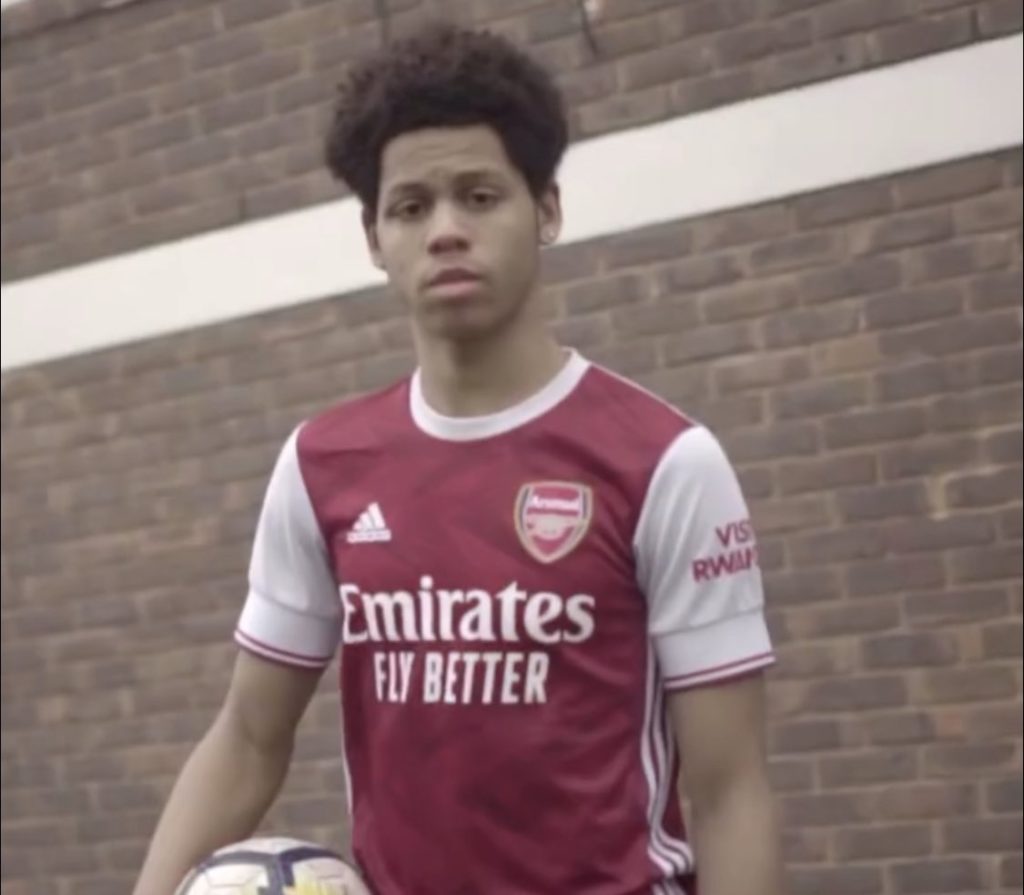 Amani Richards after signing for Arsenal (Photo via Richards on Instagram)

Arsenal have signed ex-Chelsea youngster Amani Richards, with the young attacker confirming the move on his social media pages.

Posting on his Instagram page, Amani Richards confirmed that he’s making the move to Arsenal. The Islington-raised forward admits he’s always been a fan of the Gunners.

“Signing for Arsenal, my boyhood club, it’s just a great thing,” Richards admitted. “It’s a club that everyone in my family supports. Everyone around me supports Arsenal.

“I mean I always wanted it to happen eventually, but it happening now is just a great thing. Just really, really excited to get going.”

Richards is an England youth international, having previously featured for the England u16s along with current Arsenal youth players like Zach Awe and Brooke Norton-Cuffy.

The 16-year-old will presumably start integrating into the Arsenal u18s between now and the end of the year.

Richards isn’t the first youth player to make a move across London in recent seasons. Jason Sraha joined Arsenal from Chelsea in 2019, Jonathan Dinzeyi from Tottenham Hotspur in 2020, and most fans will already be aware of Eddie Nketiah’s Chelsea history.

When you were already an Arsenal fan to begin with, the transfer just makes sense if you get the opportunity to make it. Hopefully, Richards can make his former club regret losing him.