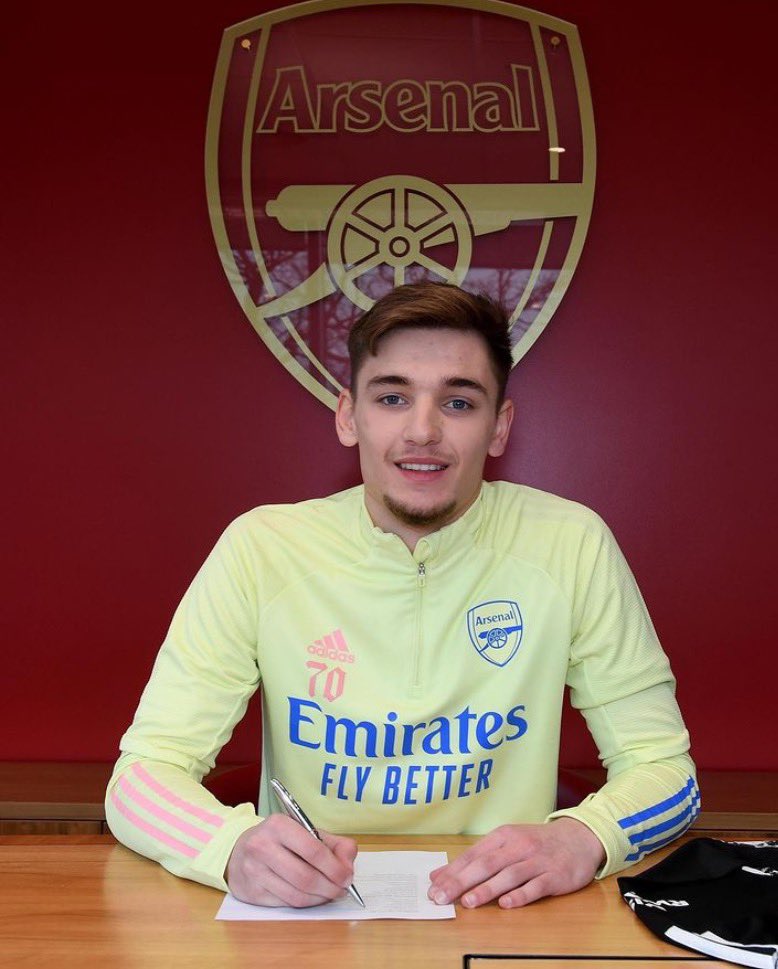 Arsenal have announced that Hubert Graczyk has signed his first professional contract with the club. The 18-year-old goalkeeper was training with the u23s this week, but he’s still more of a regular for the u18s at the moment.

The UEFA website had already given away Graczyk’s new deal when they listed him on Arsenal’s Europa League B-list. Only players with professional deals are eligible for the squad, so this confirmed he’d been given one.

Graczyk has made 10 appearances in the u18 Premier League and one in the Premier League 2 this season, keeping a couple of clean sheets. He’s also a rare goalkeeper to make it off the mark for assists this campaign, providing one against Brighton last month.

Perhaps it should be no surprise that Arsenal list Graczyk’s distribution as one of his strengths. They also highlight his reaction saves, which is true enough from what I’ve seen of him.

The goalkeeper still has some areas to improve in, particularly when it comes to consistency. But that’s often the case with young keepers. The good news for him is that he’ll continue to work on developing his game with Arsenal.