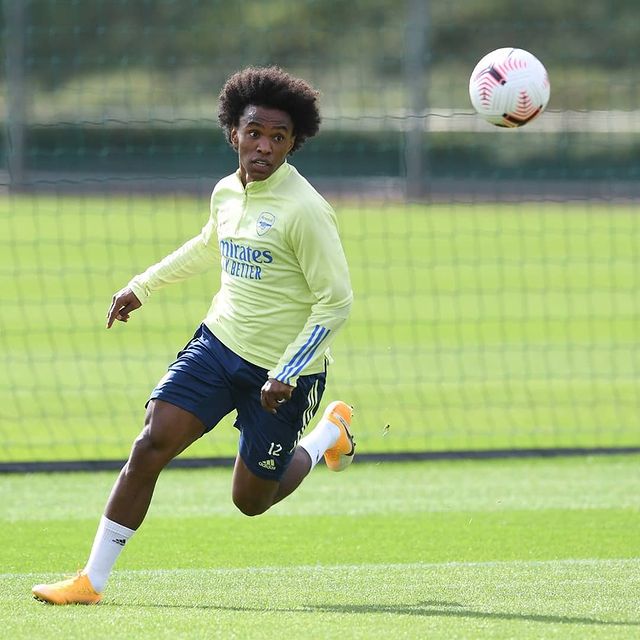 Willian in training with Arsenal (Photo via Willian on Instagram)

Willian is back in training ahead of Arsenal’s clash with West Ham United at the weekend, following his recent calf injury.

Arsenal winger Willian missed out on the match against Olympiacos on Thursday with a tight calf. He was absent from training photos ahead of the game, though the club never posted any official statement on the nature or length of his absence.

Reports suggested he was also a doubt for the weekend fixture against West Ham United. However, Arsenal’s latest social media clips confirm that the 32-year-old is back in training ahead of the game.

This doesn’t necessarily mean Willian will be involved in the trip to the London Stadium. Mikel Arteta and Arsenal will need to make a decision over his fitness and whether it’s worth the risk to include him or not.

Willian won’t feature for Brazil over the international break, regardless of whether he would’ve received a call-up, as their matches were postponed amid the ongoing Covid disruptions.

So if Arsenal are worried about Willian’s fitness at all, it may be best to leave him out of the West Ham match and give him the next couple of weeks to recover.