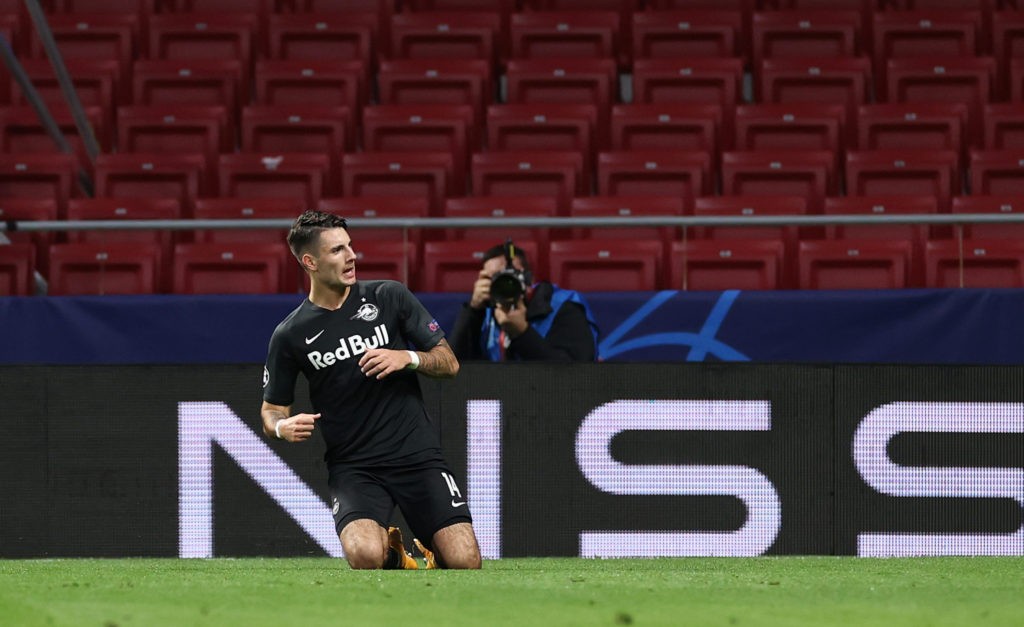 The agent of Dominik Szoboszlai claimed Arsenal’s interest in his client was real amid reports of a €25m release clause in the player’s contract.

Esterhazy then claimed Szoboszlai wouldn’t be signing for AC Milan, but Index suggested a move to Germany was still likely, a prediction that turned out to be accurate with the player signing for RB Leipzing in January for £18m.

German outlet TZ reported that Szoboszlai had a release clause of €25m lasting until the summer of 2022, when his contract with RB Salzburg was due to end. They mentioned Arsenal as one of the clubs with a potential interest in activating it, along with a number of others.

Borussia Dortmund, Bayern Munich, RB Leipzig, and Juventus all made the list at the time.

In October, Football.London suggested Arsenal remained on Szoboszlai’s case. Their scouts reportedly watched the player regularly, and viewed him as someone who could play in more central areas, as opposed to his current role on the left.

Szoboszlai certainly doesn’t struggle out on the left. The 20-year-old has five goals and eight assists in 12 games at the time of his agent’s comments, including two goals in three Champions League appearances. He currently has nine goals and 11 assists in 22 games.

Arsenal certainly could have used that creativity boost, particularly from a young and promising talent who will most likely cost double his most recent transfer fee when he moves on again.