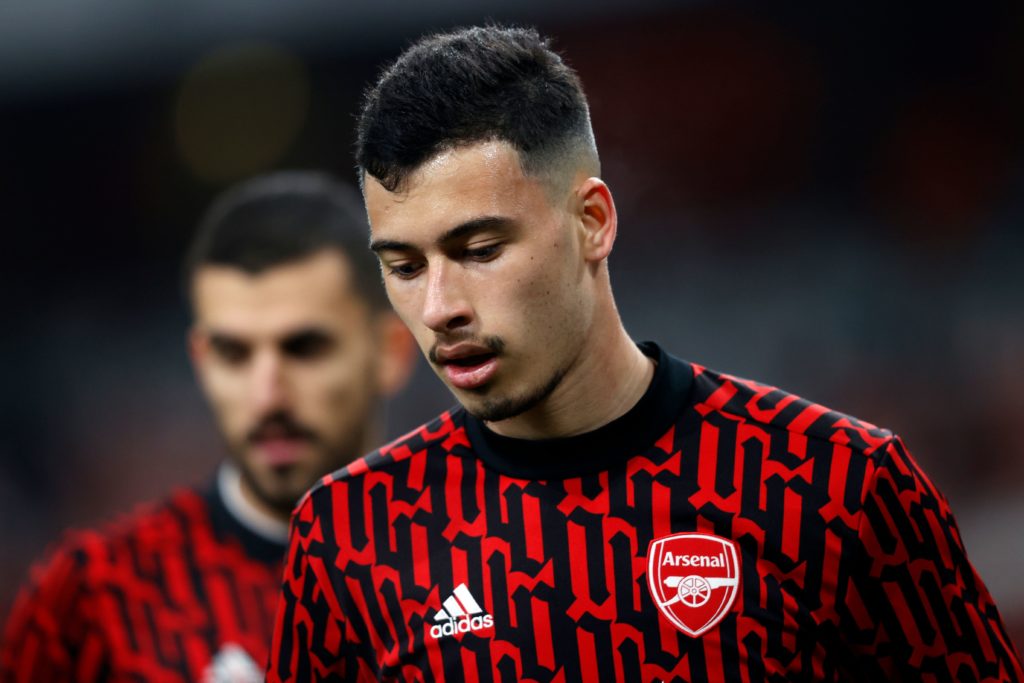 Gabriel Martinelli is reportedly taking on non-compulsory individual sessions to develop his shooting for the centre-forward position.

Football.London report that Gabriel Martinelli has been taking on extra individual sessions to work on his shooting recently.

Mikel Arteta holds the view that the youngster has the potential to play as a centre-forward in the long-term, so this is part of the preparation for that switch. We saw Arteta bring the youngster on centrally in the last round of the Europa League against Benfica.

For the time being, Martinelli isn’t playing often at all. He’s only up to eight first-team appearances for the season after recovering from his knee injury. But he’s making the squad on a regular basis and Arteta says the 19-year-old just needs to be patient.

“If anything it’s my fault, he has done everything perfect, he trains incredibly well every day, his attitude cannot be any better,” Arteta said. “He is disappointed he is not playing more obviously and I have spoken to him, but he needs to be a little bit patient.

“He had some minutes, he had some games as well and it’s true the competition for the front positions is very tough but he needs to be patient and he will get his chance.”

With Pierre-Emerick Aubameyang and Alexandre Lacazette ahead of him, it may well just come down to patience. The senior strikers are 31 and 29 respectively, and Lacazette will only have a year left on his contract this summer.

10+ years their junior with a long-term contract at Arsenal, Martinelli may well find himself taking over the position before long.

At the very least, this explains why Martinelli isn’t getting games at left-wing. He’s not being considered as a wide option in the first place.